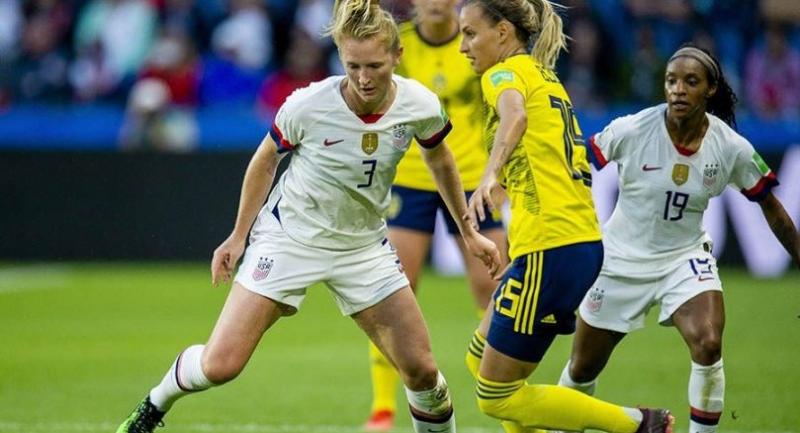 While FIFA rejoice at global television viewing figures for the women's World Cup, there have been too many empty seats inside stadiums and on the field VAR is stealing headlines.

The latest came in the wake of the retaken penalty for Argentina that knocked out Scotland on Wednesday. That followed similar controversy in Nigeria's loss to France, another retaken penalty preventing the Super Falcons from securing qualification for the knockout phase.

If the use of Video Assistant Referees at the 2018 World Cup in Russia was ultimately deemed a success, recent modifications to the laws of the game are causing problems.

Scotland and Nigeria were undone by a change to the law on penalty kicks, which means a goalkeeper must now have "at least part of one foot on... the goal line when the kick is taken".

The VAR found that Scotland goalkeeper Lee Alexander, like Nigeria's Chiamaka Nnadozie, had strayed fractionally in front of the line, and penalties either missed or saved were retaken and converted.

In contrast, encroachment into the box by attacking players has not been deemed worthy of a VAR intervention. Meanwhile, VAR is struggling to adapt to the new definition of handball.

"The use of VAR has become so ludicrous that, just maybe, there will be a backlash and its use restricted rather than expanded," wrote British newspaper The Times.

VAR is being introduced in the Premier League next season but a spokesman explained to Britain's Press Association that decisions on goalkeepers' movements before penalties will be left to on-field officials.

Critics might suggest FIFA are using the women's World Cup as a laboratory to see how VAR copes with the law changes, although the fact hardly any of the officials on the field had prior experience to working with video assistants has not helped.

All of this has drawn attention away from the on-pitch successes, with the favourites -- notably France, the USA, England and Germany -- advancing to the last 16 untroubled.

In the absence of Norway's Ballon d'Or winning star Ada Hegerberg, others have stepped up. Among them are Brazil's Marta, who became the World Cup's all-time leading scorer with 17 goals, and USA striker Alex Morgan, who grabbed five in her country's 13-0 demolition of Thailand, the biggest ever victory at the tournament.

That game underlined the gulf that remains between the leading nations and the rest in the women's game, even if Morgan is keen for the tournament to keep expanding.

"It's great to see quality games and quality teams, and my hope is eventually we cap it at 32 teams," she said.

Chile's Christiane Endler carried a torch for the developing nations as her world-class display in her country's 3-0 loss against the USA highlighted how women's goalkeeping is improving.

"We don't even have a professional league in Chile," said Endler, who plays for Paris Saint-Germain.

"Without doubt, qualifying for the World Cup has been a big step forward for us, but it must just be the start. We need to open the doors to little girls in Chile."

Fans are watching around the world.

Brazil's 1-0 win over Italy drew in 46 percent of the daytime television audience in Rio de Janeiro. In Italy, 7.3 million tuned in.

There is a fervour around the host nation's games, which have attracted sell-out crowds. Often, though, attendances have been disappointing. Most matches have not sold out.

Meanwhile, fan zones in host cities have not attracted huge numbers, but despite all that organisers are happy as the business end of the World Cup begins.

"Before criticising some of the attendances we need to first of all be happy that so many people are turning up. Nobody believed we would do so well," Erwan Le Prevost, head of the Local Organising Committee, told AFP.