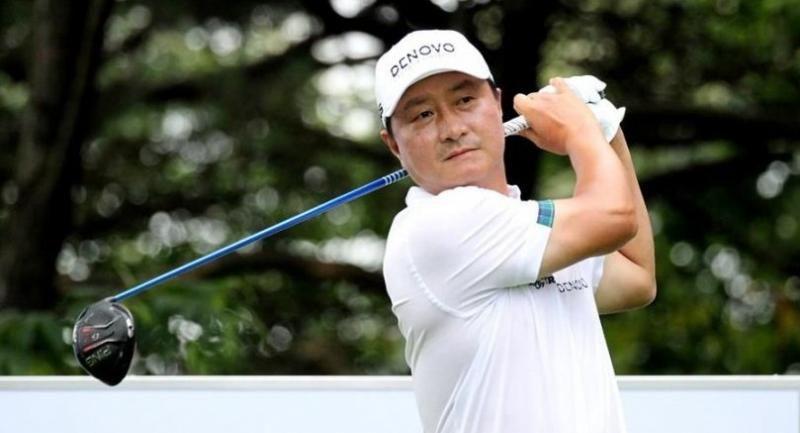 Hwang, a one-time winner on the Asian Tour but not since 2008, marked his card with three birdies against a bogey to move atop the leaderboard with a two-day total of six-under-par 136 at the highly rated Woo Jeong Hills Country Club.

Jazz’s recent switch to a borrowed putter continues to pay dividends as the 23-year-old puts himself in the title mix once again after signing for a bogey-free round of 67, thanks to birdies on the fifth, eighth, 14th and 18th holes.

"It’s a very good round. To shoot a bogey-free round is always good, especially at Woo Jeong Hills. I made some good saves for pars coming in, missed some in the middle of the round but overall, I’m happy. I putted very well," said Jazz.

"The pin positions are very hard and it’s tough to hit the greens. Even if you hit the green, it’s not easy to make putts. You need to miss on the right side of the greens. I think whoever has the best short game this week will win the tournament," said the Thai No 2.

The 20-year-old Phachara, who opened his campaign with a 67, battled to a 70 to remain in contention for his breakthrough win at the KRW 1,200 million (approximately US$1,067,000) event, co-sanctioned by the Asian Tour and the Korea Golf Association (KGA).

"My game is feeling good right now but I don’t want to think too much. It was nice to win the GolfSixes Cascais with Thongchai Jaidee a few weeks ago. Although it’s a different format, I gained a lot of confidence from the win and I learnt a lot from Thongchai himself. Coming into this week, I just hope to get better and better. This is very different from GolfSixes. I just want to play my own game and stay focused out there," said Phachara.

Kang, a 10-time winner on the Korean Tour, posted a 67 to surge into a share of second place with Jazz and Phachara at the prestigious event, which is part of The Open Qualifying Series for the third year in a row.

Overnight leader Junggon Hwang of Korea returned with a disappointing 75 to slip to ninth place on 140 alongside seven other players, which include Korean American Kevin Na (72), a three-time PGA TOUR winner, as well as K.T. Kim of Korea.

Defending champion Minchel Choi of Korea carded a 71 to tie in 40th place on 144 while Asian Tour Order of Merit leader Scott Hend of Australia uncharacteristically failed to advance into the next two rounds as he signed for a 76 for a 150 total.

The halfway cut was set at four-over-par 146 with a total of 72 professionals, who finished inside top-60 and ties, progressing into the weekend rounds alongside the top-three local amateurs Wonjun Lee (75), Youngjun Bae (76) and Donguen Kim (79).

Two spots to The 148th Open at Royal Portrush will be awarded to the leading two players (not otherwise exempt) finishing in the top-eight and ties.