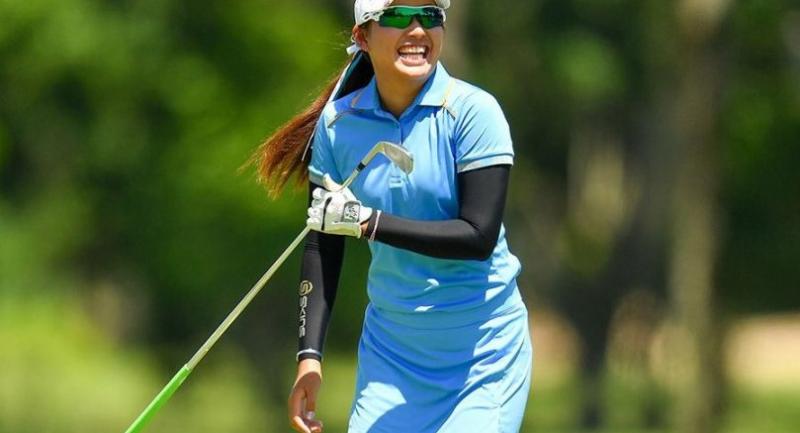 Pattaya - Former champion Atthaya Thitikul will head into the weekend rounds of the Ladies European Thailand Championship with a two-shot lead over German rookie Esther Henseliet after a best-of-day 67 at the Phoenix Gold Golf and Country Club on Friday.

The youngest winner on the LET at only 14 in the inaugural edition here two years ago, Atthaya opened round two in style with back-to-back birdies and shot four more against a lone bogey on the 12th for a halfway score of eight under-par 136.

Now 16, the teen prodigy was a picture of fun and relaxation on the course, singing and humming songs to help herself enjoy the greens and rid herself of pressure and expectations.

“I love to sing songs while playing,” said the teenager, who is playing her first event on home soil since the Amata Friendship Cup in December. “I feel relaxed to do that and it helps me play well.

“I hit the irons well and got close to the pins, which made it easier to shoot scores. I hit the ball wherever I wanted to.”

Atthaya who won the Youth Olympics gold medal in a mixed event with Vanchai Luangnitikul in Buenos Aires last year, is now in pole position to repeat her 2017 success on her home course but insisted winning for the second time was not yet in her mind.

“You cannot help feeling excited being in the lead on a Ladies European Tour. However, I don’t think too far ahead as for me it’s still an opportunity for me to learn from the pros,” said the 16-year-old. In-form Henseliet, 20, recovered from a triple bogey on the second hole to fire three birdies and a bogey by the turn, followed by four more birdies, one eagle and a bogey on the way back to card a 68 and stand on six under-par-138.

“It was an adventure today. I had a triple bogey on the second, so not the start you’re hoping for,” said the German, who claimed her first title on the LET Access Series, the Skafto Open in Sweden only last week.

She is another youngster promising great things – earlier this month she performed creditably to finish tied 30th in the US Women’s Open, her first major appearance.

“It’s been a great year so far. I was a bit jet-lagged and tired from the last few weeks, but I really like this course,” she said. “It’s very hot but I like the warm weather. I’ll keep trying to continue doing what I’ve been doing the last few days.”

Australian-Thai Whitney Hillier recovered from an opening 73 to hit a second-round 68 for a two-day total of three under-par-141 to share sixth along with overnight leader Lina Boqvist of Sweden (74), 18-year-old Thai Onkanok Soisuwan (72), Filippa Moork of Sweden (71), and Tonje Daffinrud of Norway (70).

“I played well today to give myself lots of birdies and one eagle. I’m happy to make it to the weekend rounds in my motherland,” said Hillier from Joondalup in Perth. Defending champion Kanyalak Preedasuttijit slipped back with a 74 to sit seven strokes off the lead as a total of 69 players, including South Korean poster girl Hyun Ju Yoo made made the four-over-par cut.