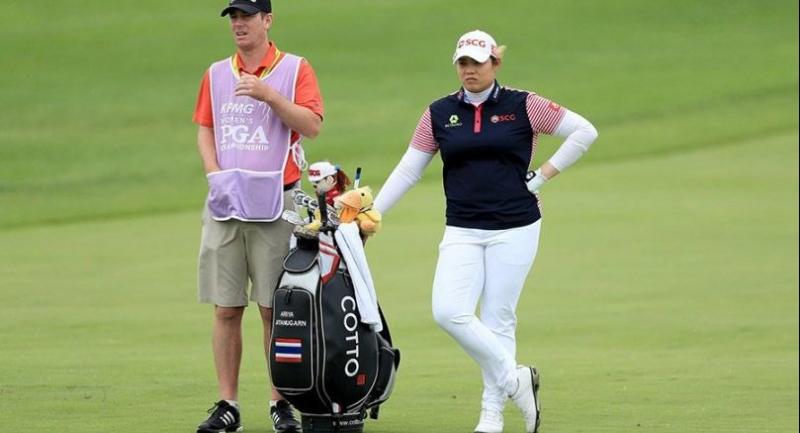 Former world No 1  Ariya Jutanugarn of Thailand shot a second round 70 to fall three strokes behind Hannah Green of Australia after the midway stage at the Women's PGA Championship on Friday.

The two-time Major champion shot two birdies and an eagle on the seventh hole in the second round and will go into the weekend actions with an overall score of four under-par-140.

“I need to really be me today and be tough today. Just like I feel so much better because I learned to be patient,” said Ariya who won the British Women’s Open in 2017 and the U.S. Women’s Open last year.

The Thai is looking for her first title since winning the Aberdeen Standard Investments Ladies Scottish Open last July.

“The course going to be very tough and I don't know it's going to be raining or windy. Just this course is tough. You need to be patient and I feel I did pretty good job today to be patient,” added the 10-time LPGA winer.

Green has both momentum and luck on her side as she extended her lead after shooting two-under 70 at the Hazeltine National golf course in Chaska, Minnesota.

The 22-year-old Aussie maintained her momentum from a superb opening round in which she needed just 23 putts. On Friday she made 27 putts en route to a three-under 69 and a seven-under 137 total.

New Zealand's Lydia Ko, who shot 70, and defending champion Park Sung-hyun, who shot 71, are tied for third at 141.

Green also holed a shot for the second straight day, this time after putting her second shot on the par-four 12th in the water. After a penalty drop, her ball ended up tucked down in the rough. But she gouged it out with a wedge, and it rolled straight in for a par save.

"When it went in, I just laughed," she said of the lucky break. "I guess with the hole-out on seven yesterday and the hole-out today, it's really going my way."

Green's best previous finish at a major was a tie for 16th at last year's ANA Inspiration.

American Michelle Wie returned to competition for the first time in two months and stumbled to the finish for the second straight day with a shocking 10-over 82.

Wie, who is coming off wrist surgery, had one of the worst performances of her career finishing in 147th place with a 22-over 166 score.

"Not great," Wie said when asked how her hand felt. "In an ideal world, I'd wake up and be fine and play next week. Going to go back and figure out what's next."