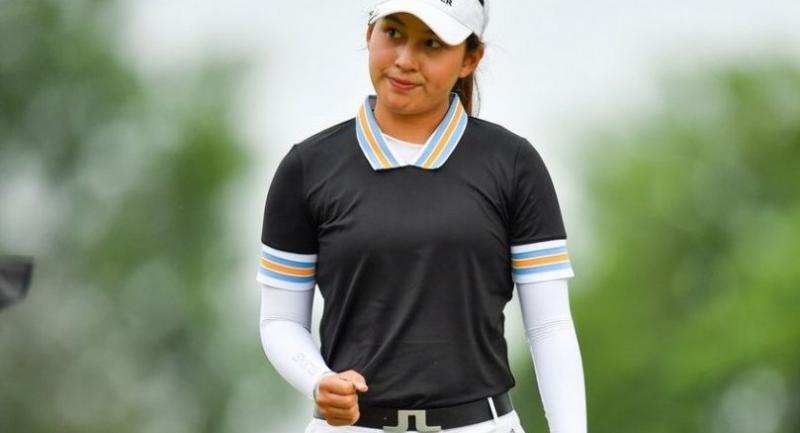 Thai teen prodigy Atthaya Thitikul is in no hurry to turn professional despite earning widespread praise for her stunning second victory at the Ladies European Thailand (LET) Championship on Sunday.

The precocious 16-year-old talent made LET history as the youngest player to win twice on the tour, after carding a tournament record 22 under-par-266 to beat the up-and-coming German Esther Henseliet by five strokes.

When Atthaya won her maiden tittle at the Phoenix Gold Golf and Country Club in Pattaya two years ago at just 14 years, four months and nine days old, she also made history then as the youngest golfer to win a main tour pro event.

However, the teenager has no plans turn pro soon. She is determined to at least defend her gold medal in December’s SEA Games in Manila. Only amateurs are allowed to compete in the golf competition of the regional sporting event.

“I still want to play in the SEA Games, which is another great opportunity to serve the country,’’ said Atthaya, who won two gold medals from individual and team along with Manushchaya Zeemakorn and Thitipa Pakdeesettakul at the 2017 Games in Kuala Lumpur.

“It’s always an honour to represent the country, so I want to play for Thailand as long as I can,” added Atthaya. No matter how talented she is, she still regards herself too young to become a professional yet.

“I still have a lot more to learn. There are shots that I think I need to improve if I want to pursue a career in golf,” she added. “At this point I’m still in the process of adjusting my new swing. If successful, I believe I will eventually do well on the pro tour.”

Atthaya is tipped as the Kingdom’s next golf superstar, following in the footsteps of former world No 1 Ariya Jutanugarn.

In any event she may need to wait – she is still two years shy of turning 18, the minimum age for players on the US-based LPGA tour, the most prestigious circuit in women’s golf.