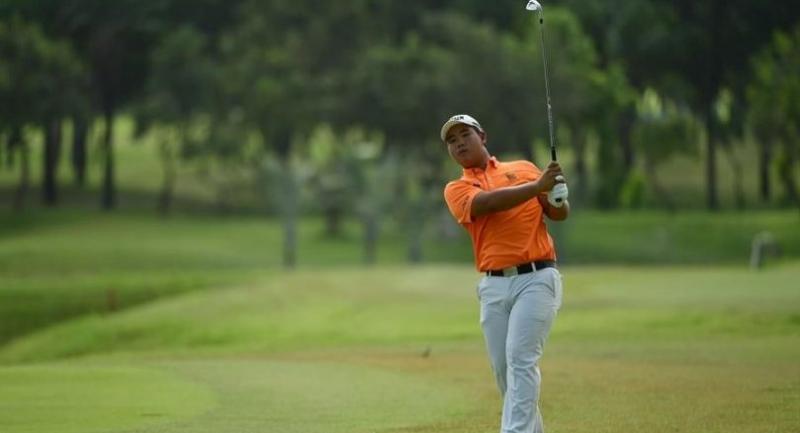 Melaka -  Korea's Joohyung Kim remains the man to beat as he continued to hold the third-round lead at the penultimate round of the PGM ADT Championship @ Tiara Melaka on Friday.

A total of 11 players will resume their third rounds at 7.30am on Saturday morning at the Tiara Melaka Golf and Country Club with the final round scheduled to start no earlier than 8.30am.

Kim, who joined the play-for-pay ranks in 2018, enjoys a three-shot lead with three more holes to play in his third round.  Local talent Sukree Othman moved to second place as he goes six-under for the day with one hole left to play.

Thailand’s Chinnarat Phadungsil carded a six-under-par 66 after trading eight birdies against two bogeys. He lies in third place five shots off the pace with Fiji’s Sam Lee, who is four-under with one more hole to go.

Kim, who set the course ablaze with a stunning 63 in the second round, extended his hot form with three birdies in his opening nine holes to make the turn in 33. He went on to nail birdies on hole 10 and 13 before play was called off.

“I started off with two good holes after making birdie putts inside five feet. It was another stress-free round today thanks to my short game and I was hitting it much better,” said Kim, who is a two-time winner on the Philippine Golf Tour.

“I made a good par save on hole five from the bunker which was my best shot of the day and two more birdies before it got dark. Overall I am in good position but I don’t want to think about it because there is another day tomorrow and it is not over till it’s over.

“I have been in this position a couple of times already this season, hopefully it will be my time tomorrow,” added the young Korean, who is based in Thailand.