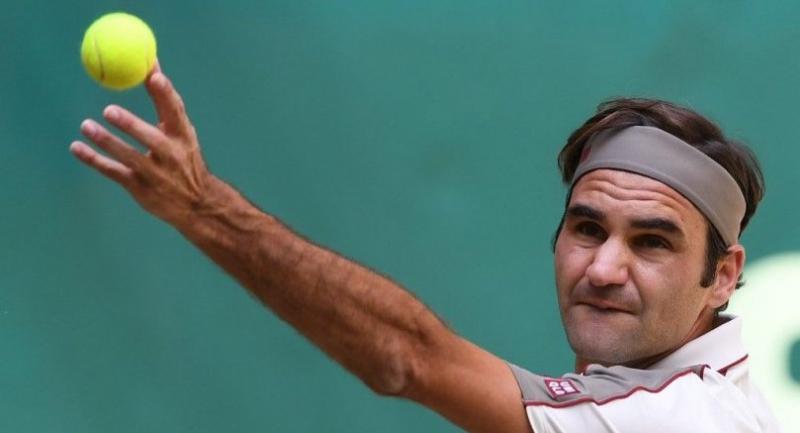 Roger Federer admitted Saturday that his epic Grand Slam rivalry with Rafael Nadal and Novak Djokovic has helped propel him to his status as one of the greatest players of all time.

Federer is about to embark on his bid to lift a ninth Wimbledon title and record-extending 21st major.

Nadal has 18 Grand Slams while Djokovic lays claim to 15.

Between them, the trio have captured 53 of the last 64 majors, stretching back to Federer's 2003 Wimbledon breakthrough.

"I think these things don't come around so often," said Federer.

"It shows that side-by-side we can have incredible careers. Funny enough, you always think somebody takes away something from the other. Probably we have.

"At the same time, we also pushed each other to greater heights, to improve maybe Rafa's grass, Novak's whatever, hard courts, my clay.

"I think we definitely became better because of one another."

Federer will become the oldest Grand Slam champion of all time if he lifts another Wimbledon title in two weeks' time.

A month short of his 38th birthday, the Swiss will overtake Ken Rosewall who had just turned 37 when he lifted the 1972 Australian Open title.

In another indication of his All England Club dominance, Federer needs only five more wins to reach the 100-victory mark at the tournament.

He has been seeded second for Wimbledon which starts on Monday ahead of Nadal despite lagging a place behind the Spaniard in the world rankings.

Nadal says the system is unfair but Federer insists the seedings will have little effect on the outcome.

"We knew that the system was in place. I guess it rewards you for playing well on grass," said Federer.

"Just happens that this year I get bumped up. Kevin Anderson got bumped up. Back in the day, it was tougher. Guys who were seeded became unseeded. So that was a bigger storyline I think than this one.

"Just happens that Rafa obviously went down, so I think that makes the news."

The draw left two-time champion Nadal potentially facing Federer in the semi-finals -- if he gets that far.

The 33-year-old could meet Nick Kyrgios in the second round, five years after the then unknown Australian knocked him out in one of the tournament's biggest ever shocks.

However, Federer cannot be too complacent with a possible semi-final against Anderson.

Last year, he lost in the quarter-finals to the giant South African despite having a match point.

Tags:
Nadal Djokovic have made me the player I am says Federer Wimbledon Roger Federer Djokovic