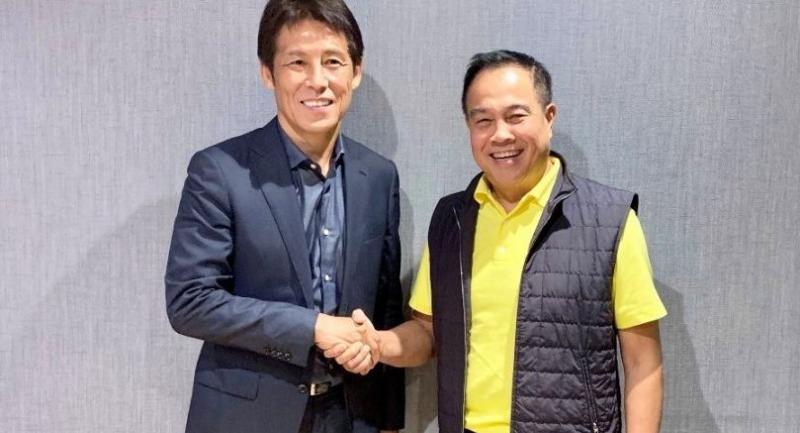 Former Japan national team manager Akira Nishino will become the new coach of Thailand national football team and U23 team according to the official announcement of the Football Association of Thailand on Monday.

The 64-year-old from from Saitama agreed to take the job after four hours of closed door meeting with Thai FA chief Somyot Poompamoung at the FAT headquarters in Bangkok in the afternoon.

Chonburi and Buriram in Chonburi on Sunday amidst high speculations from local and Japanese media that he was to accept the post. He has already left Thailand on Monday’s night.

Nishino, despite having limited time preparing Japan for the 2018 World Cup, led the Samurai Blue to the round of 16, losing to Belgium 2-3.

In 1999, under his management, Nishino led Kashiwa Reysol to win the 1999 J League Cup. He later signed with Gamba Osaka in 2002 and orchestrated the team to its first ever J League title in 2005.

Nishino will succeed Milovan Rajevac who was sacked after Thailand lost to India 1-4 in the January’s Asian Cup group stage in the United Arab Emirates. Since then Thailand had been under the surveillance of interim coach Sirisak Yodyadthai. Sirisak resigned after Thailand settled at fourth in the King’s Cup in June.