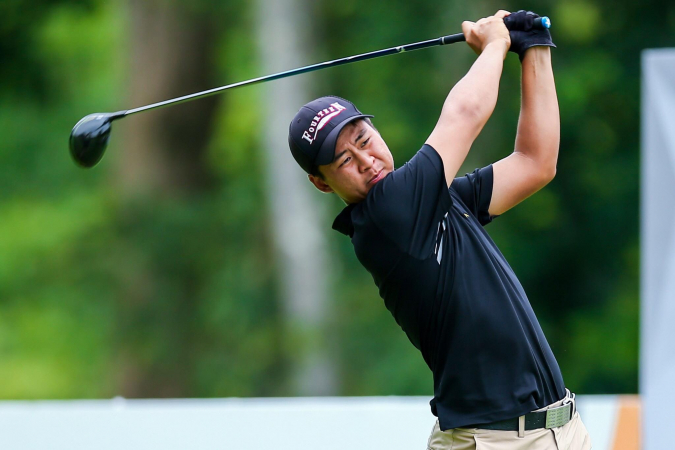 Bangkokian Nattawat Suvajanakorn hit an ace on the seventh hole to share the clubhouse lead with teenage amateur Tanapat Pichaikool in the rain-disrupted Singha All Thailand Memorial in Chanthaburi on Thursday.

The 24-year-old Nattawat, struck gold after a rain break, hitting a hole-in-one and four birdies against a lone bogey on the 16th hole for a five under-par-66 on the par-71 7,177-yard landscape.

“I was a bit lucky to hit a hole-in-one,” said the 24-year-old former national SEA Games player. “I got some rest during the rain break and went back to hit it straight for an ace,” added the 2013 SEA Games gold medalist in the team event.

“I will go into the second round with the same game plan. I just need to fix some minor mistakes and make better decisions on some shot selections,” added Nattawat, looking for his first All Thailand Golf Tour win.

Tanapat, 19, recovered from a bogey on the second hole to shoot six birdies to become a co-leader at the clubhouse while almost half the field have yet to finish their round due to rain.

“I was happy with almost everything in my game except my putts. The rain made it difficult to play and even walk on the greens. You have to bear with it and hope to make some putts on the greens,” said the teenager.