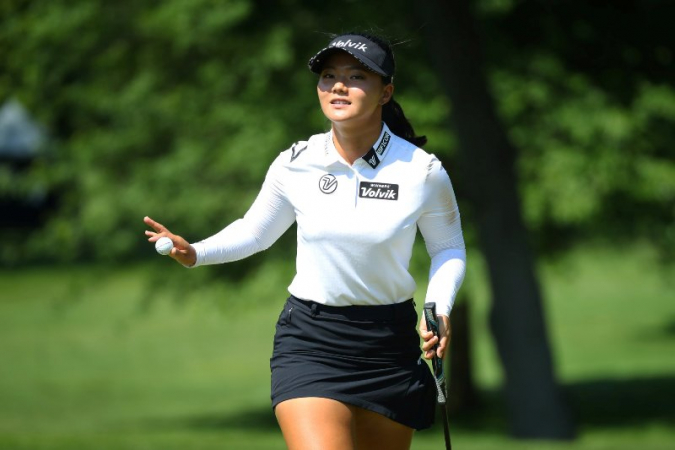 Following the opening round of the 2019 Marathon Classic presented by Dana, LPGA Tour rookie Youngin Chun of the Republic of Korea and 15-year LPGA veteran Canadian Alena Sharp are tied atop the lead at 7-under par. 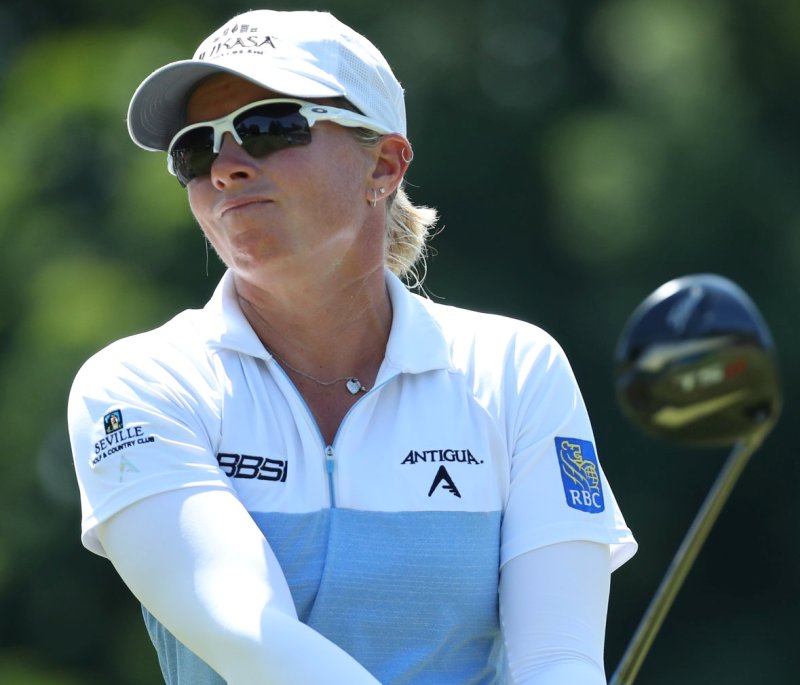 Sharp is looking for her third top-15 finish in the last four starts in Sylvania, while Chun is making her tournament debut.

Toledo native Stacy Lewis, Spain’s Azahara Munoz, Germany’s Caroline Masson and Sweden’s Jenny Haglund are one shot off the lead after opening the Marathon Classic at 6-under par. The first-round 65 ties Lewis’ best round of the 2019 season, while it is a season-best round for Masson and a career-best mark for Haglund.

Sharp holds a share of the first-round lead for the first time since 2014 and she said her hot start was due to her putting. In 2019, she has averaged 29.79 putts per round but during the first round she had just 25 putts.

“Definitely built my confidence, because last week I couldn't make a putt,” Sharp said. “I hit it well and just couldn't get the ball in the hole. They started going in today and I'm like, Well, that's golf for you. Definitely as I made more and more just the hole looked bigger and seemed easier to make putts today than it has in the last couple weeks.”

Chun’s first-round 64 is her lowest round of the year by three strokes, after her round she said she hadn’t realized she reached 7-under par and was surprised to see her name on top of the leaderboard. “Well, honestly my driver wasn't that good,” Chun said. “I don't know how many fairways I hit today, but iron is so good. I mean, first year on LPGA, kind of tough year, but my shots getting better and better.”

Chun’s rookie season has been a learning experience for her, with just three cuts made in 11 starts. The 19-year-old is making her first start at the Marathon Classic this week.

“Kind of narrow fairways but small greens,” Chun said of Highland Meadows Golf Club. “So my dad told me, ‘If you’re going to put it on the green you're gonna make lots and lots of birdie out here.’ I just focused on trying to make birdies.”

After the 2018 Marathon LPGA Classic, 12-time LPGA winner Stacy Lewis said goodbye to the LPGA Tour for the rest of the season as she took time off to start her family. Lewis, who was born in Toledo, returned this week with daughter Chesnee in tow and did so in style by posting her best opening-round score at her hometown event on Thursday.

Lewis’ 6-under par 65 at Highland Meadows Golf Club ties her lowest round of the season, and she said she was thrilled to see her hard work pay off as she hit all 18 greens in regulation.

“I've been working on the ball striking a lot, so just really nice to see some results,” said Lewis. “Got a few putts to fall there on our last few holes. So just to get off to a good start in this tournament I feel like is always pretty tough. Finally got one this year.”

In 12 prior appearances at the Marathon Classic, Lewis has two top-10 finishes with a best finish of solo fifth in 2016.

“It's a golf course I'm not necessarily 100% comfortable on,” said Lewis. "I just had some really good golf shots today. Had some easy tap-in birdies. I haven't done that in the long time in general.”

MUNOZ CHIPS IN FOR EAGLE TO FINISH FIRST ROUND

In her seventh start at the Marathon Classic, Azahara Munoz shot a first-round 65 at Highland Meadows Golf Club on Thursday and is one stroke off the lead through 18 holes. In the three cuts she’s made in her previous six starts at this event, Munoz has not finished out the top 10 – she finished T10 in 2010, T8 in 2015 and T9 in 2016.

“When you shoot 65 you don't miss much,” said Munoz, who tied her lowest Highland Meadows Golf Club score on Thursday. “I hit my driver much better today. I was struggling the last couple of weeks, so today was much better. Gave myself lots of chances from the fairway. When you're in the fairway everything is much easier.”

With a new Ping driver in the bag, 31-year-old Munoz made three birdies on the back nine on Nos. 10, 13 and 17 before her closing eagle on No. 18, en route to her 6-under round. This was her fourth eagle of the 2019 season and she ranks in the top 10 for most birdies made on Tour this year- she now has a total of 221 birdies after her four made today.

“Obviously, I gave myself a pretty good chance for birdie, so that's what I was hoping, just make up and down. You never complain when you chip in, especially on the last hole,” said Munoz. “Dinner is going to be much tastier.”

Through the first round in Sylvania the following players would punch their tickets to the major championship: Youngin Chun, Cheyenne Knight, Linnea Strom, Aditi Ashok and Alana Uriell.