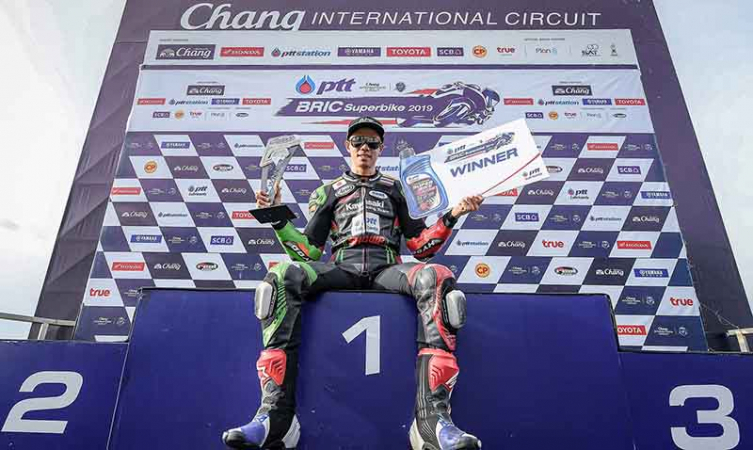 Barely four months since a horrific crash that almost claimed his life, Thitipong Warokorn made a stunning comeback to the sport he loves on Sunday. 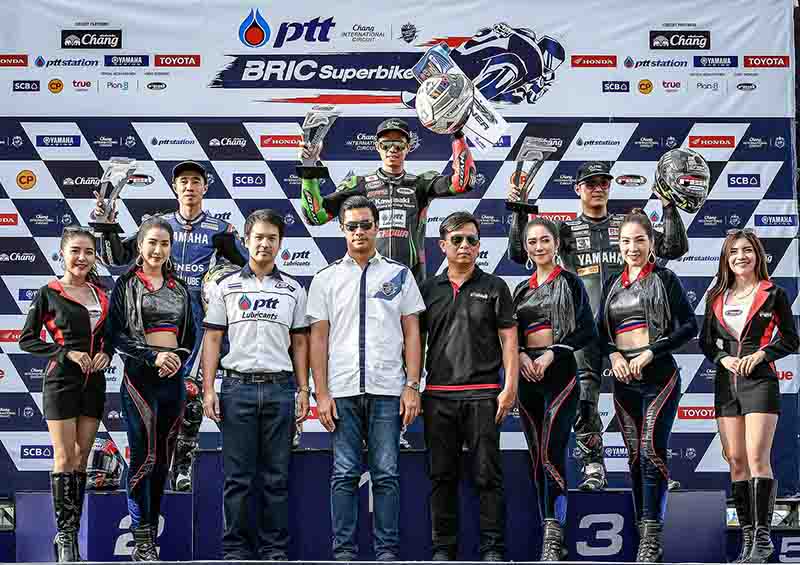 The 30-year-old rider nicknamed “Ting Note” shattered 15 bones when he crashed at high speed during the FIM Superbike World Championship at Buri Ram’s Chang International Circuit in March. Back on the same track for the first time since his brush with death, a patched up Thitipong shocked fans by winning Sunday’s Super Bike 1000cc (SB1) to defend his title in the PTT BRIC Superbike.

It was an astonishing performance for a man who had wished he was dead as he lay in a hospital bed suffering excruciating pain just four months ago.

“I was even stunned myself,” Thitpong of Kawasaki Racing Team Thailand said. “I started practising a few days before the race and didn’t expect to win at all,” he added.

The Thai rider said it was a miracle that a man who had fractured bones in his spine, chest and kneecap was even able to walk again, never mind compete on the track.

“The doctor says my case is one in a million. In fact he suggested that I should not compete again for six months, but I really wanted to come back sooner,” said the Chon Buri native.

Thitipong, who competed in Moto2 between 2013 and 2018, admitted that lying helpless in hospital was the lowest point in his life. There were moments he thought he would never make it back on a racing bike.

“I woke up in so much pain that wished I were dead,” Thitipong recalled of the hours after surgery. “I thought my racing life was over.”

But thanks to intensive therapy including laser treatment and even acupuncture, Thitipong was back on his feet and showing signs of a miraculous recovery. Despite the understandable concerns of his family, he was eager to return to racing.

“After I was able to move my body, I wanted to race again. My grandmother asked me to stop but I knew I could still compete. I have no plans to retire until I’m 35,” Thitipong said.

Despite making a premature return to the bike, Thitipong said he followed his doctor’s instructions carefully and was more prudent than ever when riding. He suffered sharp pains as the bike jolted his still-healing body but nothing could stop him from pursuing his dream.

“When you compete under the Thai flag, you just want to give everything out there. I was so lost in the heat of competition that I forgot both the accident here and the pain. When you finally win, you are so overwhelmed that the past is forgotten.”