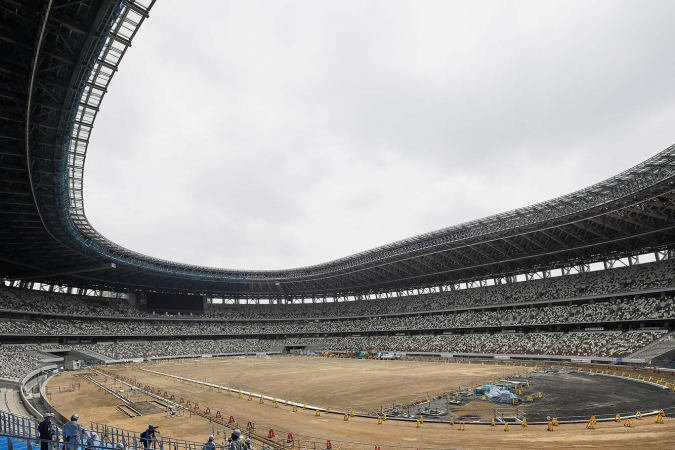 Construction of the Olympic Stadium will be completed in November.

Millions of sports fans in Japan who missed out during the first issue of tickets for the 2020 Tokyo Olympics will soon be getting a second chance.

A total of 3.22 million tickets have so far been sold to Japanese residents, 90 per cent of them awarded through the first phase of a lottery.

IOC (International Olympic Committee) member Khunying Patama Leesawastrakul said the second phase of the lottery would be held next month, when tickets would be available for a wide range of events. The general sales phase won’t be open until next March and will offer whatever is left until May 2020.

More than 7.5 million Japanese residents registered for Tokyo 2020 and during the first phase of the lottery period, the official ticketing website was visited more than 24,250,000 times and applications were substantially oversubscribed.

Meanwhile, planning continues to be ahead of time.

“The construction of the Olympic Stadium that will be used for athletics and football, as well as the opening and closing ceremonies, is 90 per cent finished and will be completed in November as scheduled,” said Khunying Patama.

Hotel and ticket packages for Thailand residents are due to go on sale later this month.