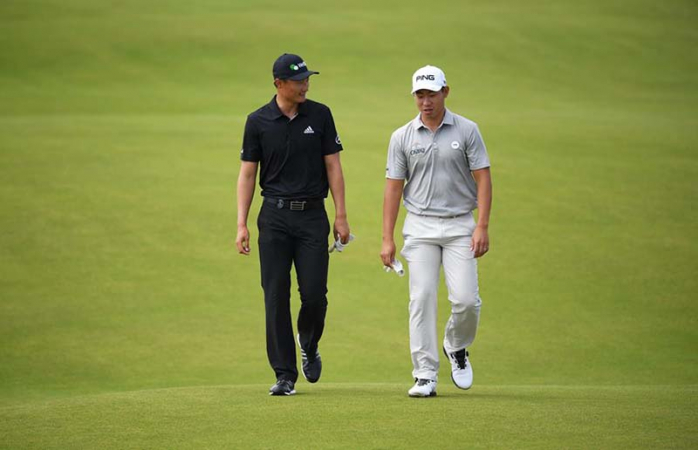 Thailand’s Gunn Charoenkul is ecstatic to find himself in the company of many of the world’s best players after fulfilling his life-long dream of playing in a Major.

It has always been a dream for the 27-year-old Thai to compete against the world’s best players and now that he has sealed his passage to Royal Portrush in Northern Ireland which will host The Open, Gunn is eager to savour a brand new experience at the year’s fourth and final Major.

“This is a dream come true for me. Of the four Majors, I like the Masters and The Open [the most]. This is the first time I’ll be playing in a Major and I’m just trying to take in all the positive vibes and enjoy the experience.

“I’m going to be playing in front of the biggest and best crowd in my entire career this week and I just want to take it all in,” said Gunn, who has recorded 11 top-10s in 16 events across five different tours.

Gunn has not set any expectations for himself this week, as his goal is to soak up the experience while hoping to calm his nerves when he steps up to tee this afternoon.

“When I was playing my practice rounds, I was really nervous as I didn’t want to shank the ball into the grandstands where the crowd was. Even though I managed to hit it onto the fairways, I was still feeling very nervous,” said Gunn.

Being at The Open has also changed much of Gunn’s outlook on life, as he now hopes to take his game to the next level.

“For a long time, I never really appreciated anything that came into my life until I was given a reality check when I was told, ‘hey many people would take this position you are in’.

“To become a world-class player is going to be the next step. I have become better but to be consistently good all the time is very difficult. But that’s what I’ll be seeking to do from here,” said Gunn.

Gunn is part of the Thai quartet teeing up at The Open this week. The others are Kiradech Aphibarnrat, Jazz Janewattananond and Prom Meesawat.