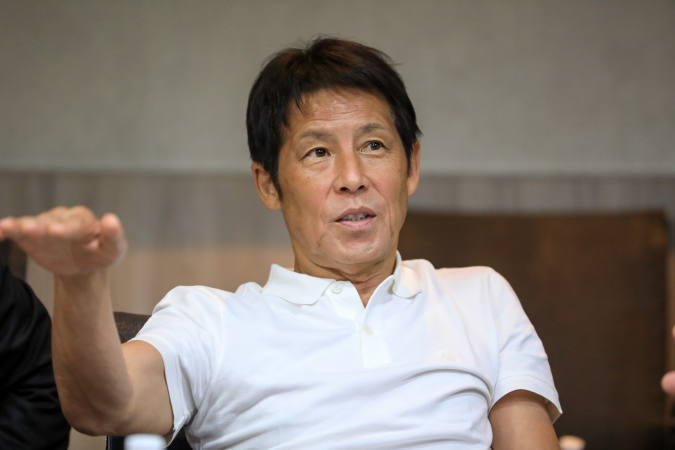 New national coach Akira Nishino says he is giving priority to returning Thailand to its No 1 position in Asean and is confident he can achieve results.

The former Japan manager was appointed as Thailand’s head coach last week and has been assigned to oversee both the national senior and U23 teams.

The Saitama native vowed to help Thailand assume it reign as the powerhouse of football in this region, which has recently been dominated by Vietnam,

“My first goal is to make Thailand return to No 1 in Asean,” said Nishino who spearheaded Japan to the round of 16 in the 2018 World Cup Finals. “After watching training at several clubs and some Thai League games, I believe Thailand can improve to the world-class level. I will try to push Thailand forward to achieve that level.”

Despite his World Cup experience and 16-year career in the J-League, this is Nishino’s first job overseas. A daunting task awaits the Japanese coach who is expected to rescue Thai football which has been going downhill with far from impressive results from both the senior and U23 teams.

“I’ve never worked outside Japan. It will be a tough challenge for me,” the Japanese coach added.

As players won’t be available until after the Thai League at the end of August, Nishino will have to scout for players and gather information during the run-up. His first challenge will be the 2022 World Cup Asian Qualifiers’s opening game against Asean No 1 Vietnam on September 5.

Nishino will face a second challenge in helping the U23 team defend the SEA Games gold medal in Manila this December.