Jin Young Ko of South Korea claimed her second Major title of the season following a two-shot victory over American Jennifer Kupcho in the Evian Championship on Sunday. 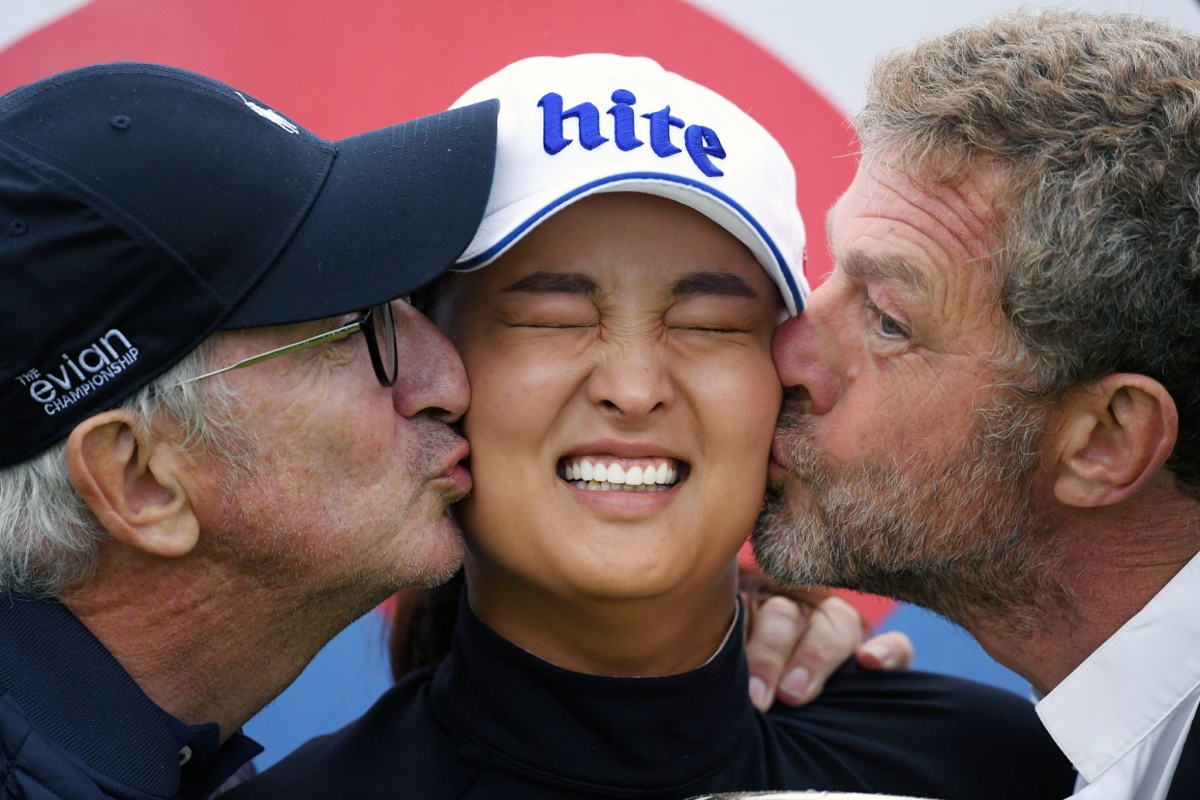 Second-year LPGA Tour player Ko entered the final round four strokes behind third-round leader Hyo Joo Kim. Ko steadily went out in a 33 and carded three birdies on the back nine, while Kim slightly dipped in luck and on the leaderboard after a bogey on No. 12 and an unfortunate triple bogey on the par-3 14th. Ko came out victorious after shooting a 4-under 67 in the heavy rain, and a trio of players finished in a tie for second at -13— Kim, Jennifer Kupcho and Shanshan Feng.

“So I played really - not perfect, but a little bit - yeah, little perfect. So I was happy,” said the two-time major winner, laughing at herself. “And then I tried about patient on the course. The weather was bad, raining, and then sometimes thunder, but I thought, ‘This is same condition as other players, so I will try make a birdie.’ Yeah, I had really great week.”

Meanwhile, former world No 1 Ariya Jutanugarn settled at fifth after firing a 68 and a total 11 under, a stroker better than her sister Moriya.

Ko is the first player to win multiple majors in a single season since 2015 and with her win this week, is projected to reclaim the No. 1 spot on the Rolex Women’s World Golf Rankings for the second time this season.

Moments after Jin Young Ko clinched her fifth career victory on the LPGA Tour at The Evian Championship on Sunday - making France the fourth different country in which she has emerged triumphant - her caddie Dave Brooker applauded her "phenomenal" consistency and distance control.

"She can win anywhere," Brooker said while watching Ko pose for the champion's photographs alongside her trophy. "The things that impress most about her are her consistency and her ball-striking, as she showed today. She literally didn't miss a shot in 18 holes. Her management of distance control because she just does not curve the ball. It's phenomenal. I've seen anything like it. Most great players I've worked for tend to work the ball one way or the other. She just hits everything dead straight and it seems to pay dividends because we have a lot of looks at birdie. The one shot she missed today was on 12, she just pulled a little bit, didn't strike it well enough and pulled it left of the green. It was the only green we missed today. She chipped up to 6 feet and just lipped out."

Brooker is one of the most experienced caddies on the LPGA Tour and has now tasted five major championship victories during his career (two as caddie for Jin Young, two with Lorena Ochoa and one with Grace Park), but he was reluctant to make comparisons about who ranked as the best ball-striker.

"It's very difficult to say because they all have different styles," said Brooker. "Grace was very dynamic, along the same lines as Lorena. Lorena was just making eagles and making birdies at will and hitting shots that other people couldn't. Whereas Jin Young is more in the Annika (Sorenstam) mold with consistency and accuracy. It's very difficult to compare one to the other but she's definitely up there with the greats."

LPGA rookie Jennifer Kupcho picked an incredible week to have two of the best rounds of her brief professional career. After opening with a first-round 66 at the Evian Championship, Kupcho shot another 66 on Sunday and jumped into a tie for second in just her eighth event as a Member of the LPGA Tour. A gutsy play saw her go for the final green in two and birdie the 72nd hole to put pressure on leader Jin Young Ko.

“As soon as I walked up to it there wasn't a question in my mind that I was going to go for it,” said Kupcho of that decision to aim for the green in two, a new wrinkle to the tournament after that hole was changed from a par 4 to a par 5 this year.

Kupcho lit up the golf world earlier this year when she won the inaugural Augusta National Women’s Amateur and this week came just two strokes short of adding a major professional victory to that amateur one. While standing over her putt on 18, Kupcho admitted to being more nervous than she was over her winning putt at Augusta. “I'd definitely say over that putt on 18 I was kind of freaking out. I had to take a couple deep breaths as I was lining it up, so...” she said with a laugh.

With the second-place finish also comes a major paycheck and now with $380,237 in season earnings, Kupcho has firmly added her name to the roster of leading LPGA players.

“It's crazy. I definitely played really well this week, and it's exciting to see that I can compete where my game is right now,” said Kupcho. “Excited for the rest of the season.”

Former Rolex Rankings No. 1 Lorena Ochoa made an emotional return this week to Evian-les-Bains where on Saturday night she was the recipient of a very special award, the inaugural Evian Championship Prize for a Better Tomorrow presented by Rolex, in honor of the humanitarian work achieved by her foundation for underprivileged children in Mexico.

No holes-in-one were made this week at The Evian Championship.There have been 18 made prior to the week and a total of $360,000 has been donated thus far in 2019.

With a runner-up finish, Hyo Joo Kim leads the competition with nine top-10s this season and with her win this week, Jin Young Ko joins Danielle Kang, Brooke Henderson and Nelly Korda for a tie for second with eight top-10 finishes. Ariya Jutanugarn moves into a tie for sixth with Eun-Hee Ji and Lexi Thompson with seven top-10s.

*Since becoming an LPGA major championship in 2013