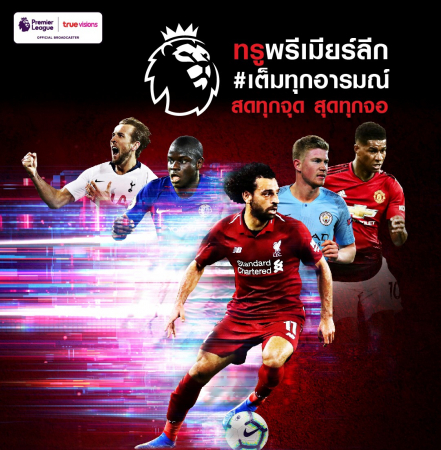 Cable and satellite channel provider TrueVisions says it is ready to broadcast live the inaugural matches of the English Premier League 2019/2020 tomorrow night (August 9) and stresses that TrueVisions is the only entity in Thailand that received the full rights to broadcast live, rerun and present highlights of the 380 matches of the three forthcoming EPL seasons through all its pay TV channels and online platforms.

TrueVisions also re-emphasises that live broadcast of EPL matches via OTT and applications on smartphones is against the existing intellectual property laws and that TrueVisions is fully obliged to protect and supervise the copyrights concerning EPL broadcast activities to prevent possible termination of signal transmission by EPL copyright owners, which will affect Thai EPL fans, who will consequently be not able to watch EPL matches – the world’s most popular sport event of the year.