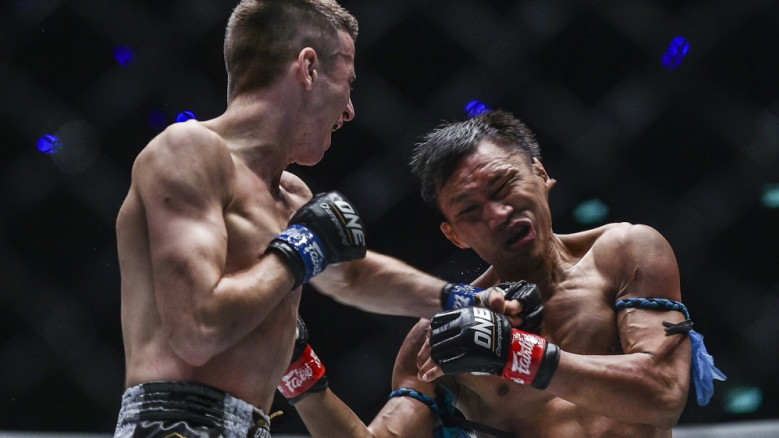 Michael Salas has high hopes for his clash with Lerdsila Phuket Top Gym in the One Championship flyweight muay thai fight on August 16 at Impact Arena.

Salas, a 20-year-old from Cyprus who has been training at the Phetchyindee Academy for several years, earlier defeated Singthongnoi Por Telakul in the previous round, dominating his Thai opponent throughout the fight.

However, the 38-year-old Lerdsila, dubbed “Eel on Skates”, is a veteran with over two decades of experience and 225 fights to his credit. In the One Championship, he had earlier defeated three younger fighters consecutively.

“I have been seriously watching Lerdsila’s tapes and I got to admit that he is faster than others and although he is not young anymore, he has plenty of strength,” Salas said.

The Cypriot fighter said he has been training hard.

“I have been training for months for this fight, especially with knee techniques,” he said. “I am confident that I will be able to use my stamina and longer reach to tame Lerdsila’s fluency.

“My goal is to become the world champion in this division and nothing will stop me,” Salas, who owns an impressive 31-0-1 record, stressed.

However, Lerdsila has been beating younger boxers on a regular basis. Among his victims are Sok Tee of Cambodia and Kohei "Momotaro" Kodera of Japan.

“He is coming strong, a young and optimistic fighter with a long reach and dangerous elbows,” Lerdsila commented on his next opponent. “But he has never confronted a classic fighter like me who is able to use all sorts of weaponry against him. As each day passes, I am more confident of teaching him a lesson about what fighting with skills and brains is all about.

“He will remember my ‘Eel on Skates’ nickname for a long time,” the veteran fighter said.