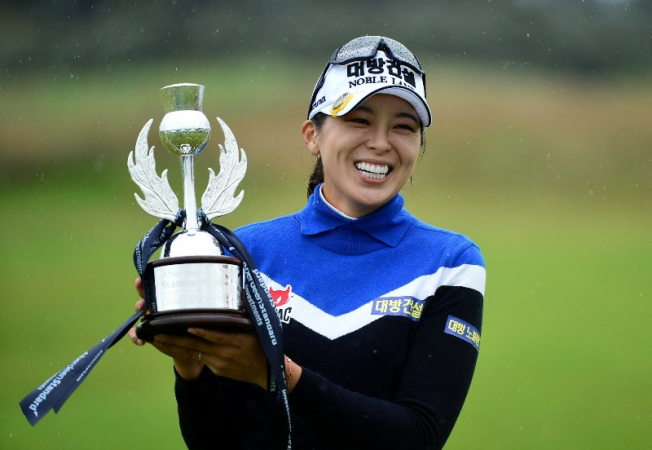 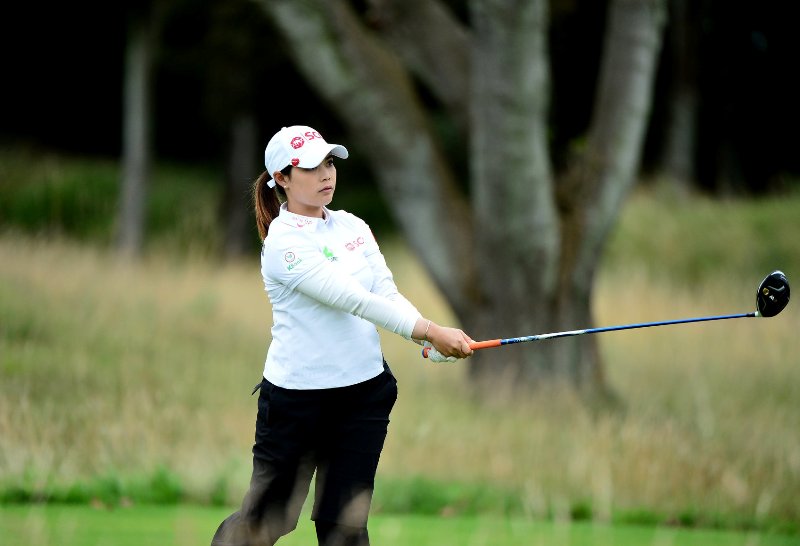 With four players tied for the lead as the final group made the turn, it was Hur who turned it on during the back nine with six birdies to set the 72-hole tournament record at 20-under par and take a four-shot victory over runners-up Moriya Jutanugarn and Jeongeun Lee6.

“My goal for the day was just enjoy my golf and just stay dry from the rain and just keep focused on my game,” Hur said after rain soaked The Renaissance Club most of the day Sunday. “That was working really well today and it bring me a good result.”

Hur said it was a nine-yard birdie putt on No. 12, her third in a row, where she felt confident that she could bring home the win. She also said that having Scottish caddie, Gary Marshall, on the bag helped her to remain calm.

“He said on the first round, starting on No. 1, I made a birdie and made two bogeys after one birdie, and I was mad. And he told me on the 4th tee box, "Come on, MJ, you can win this tournament." And then he said that today, as well on the 4th, because I made a bogey on the third. I had a three putt. It helped me a lot to calm down and he talked about the wind and rain stuff.”

54-hole leader Jutanugarn was able to get back to even par after a birdie-double bogey-bogey start, but couldn’t get the putts to fall on the back nine. The runner-up finish is her best of the 2019 season, and she said she was pleased with her result.

“I was just trying to focus on myself and play my game and try and have fun,” Jutanugarn said. “Don't really focus on what's on the lead or anything. I just think if I play good golf, it should be a good chance…It's just been working on a lot of things, and since like everything is kind of tighted up, you know, it's a lot of good things to take from this week.”

LEE6 READY FOR A WEEK OFF

Playing for the first time on a links course, 2019 U.S. Women’s Open champion Jeongeun Lee6 was pleasantly surprised with her runner-up finish. The 2019 LPGA rookie posted a 1-under par 71 to collect her eighth top-10 finish of the season.

“You know, when I was in Korea, there's not a lot of links course and so I played it a lot differently this week,” Lee6 said. “Overall I'm pretty satisfied with all my scores and shots, and so I think this is kind of a good -- a lot of good memories and playing the first time on a links golf course.”

Lee6 was happy to have the Summer stretch of tournaments behind her, where she played 10 of 12 weeks, and was looking forward to heading to Canada in advance of the CP Women’s Open for some rest.

Team Europe Captain Catriona Matthew will name her four picks for the 2019 Solheim Cup and the full European team will be announced on Monday at The Gleneagles Hotel in Scotland.

The European team consists of the top three from the LET Solheim Cup points list, followed by the next five from the Rolex Women’s World Golf Rankings and four captain’s picks.

The U.S. Solheim Cup team will be announced on Aug. 25 following the conclusion of the last qualification event, the CP Women’s Open.

There were three hole-in-ones at the Aberdeen Standard Investments Ladies Scottish Open: Dame Laura Davies aced No. 5 from 152 yards using a pitching wedge on Friday, LET player Cajsa Persson also aced the fifth hole using a 9-iron during the second round and on Sunday Jacqui Concolino used an 8-iron from 137-yards to ace No. 5.

With top-10 finishes at the Aberdeen Standard Investments Ladies Scottish Open, Jeongeun Lee6 and Ariya Jutanugarn move up into a tie for fourth with Brooke Henderson and Danielle Kang with eight top-10 finishes on the season.