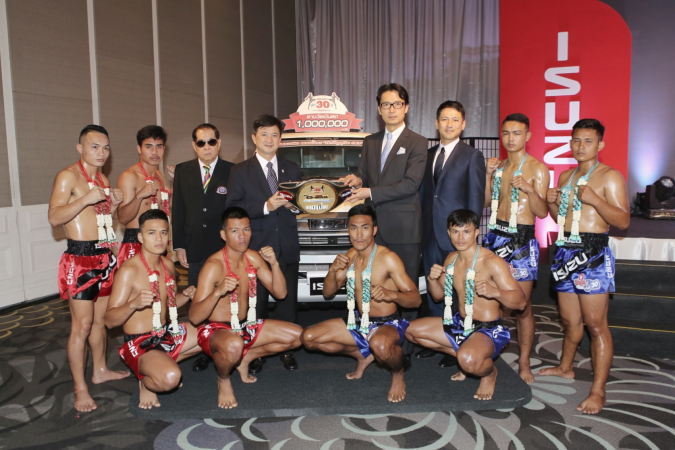 The competitors show they are fighting fit for the muay thai championship.

The opening fight of the 30th Isuzu Cup Muay Thai Championship will take place on August 31 at the Siam Boxing Stadium (Omnoi) with live coverage on Channel 3 starting at 12.15pm.

More than Bt2 million in cash and prizes are up for grabs, including an Isuzu D-MAX Blue Power Spark 4x4 pickup truck worth Bt656,000.

The event is organised by Tripetch Isuzu Sales Co Ltd and sanctioned by the Sports Authority of Thailand and the Professional Boxing Sports Association of Thailand.

A total of eight top welterweight (140lbs) muay thai fighters will take part in the competition. They are divided into two groups, with round-robin matches determining the semi-finalists. Mahadech P.K. Sanchai Muythai Gym will clash with Taksila Chor Ha Payak in the opening Group A match.