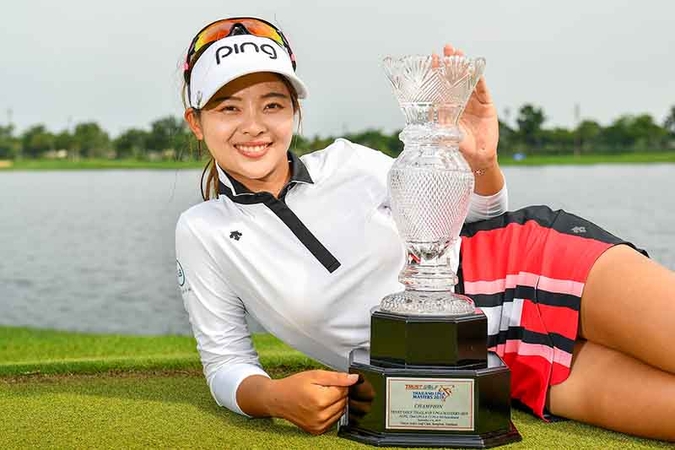 China LPGA Tour No 1 Zhang Weiwei completed a wire-to-wire victory following a two shot win over Thai hope Patcharajutar Kongkraphan in the final round of the TRUST Golf Thailand LPGA Masters at the Panya Ram Indra Golf Club on Friday.

The 22-year-old from Hupei, propelled by a couple of eagles on the first and sixth holes, fired a final round 69 for a combined score of 12 under-par-204  to lift up her fourth title of the year in the tri-sanctioned tournament (Thai LPGA, China LPGA and Australia LPGA).

“It’s amazing to get two eagles today.  I feel so happy to win this tournament in my first appearance,” said Zhang who earned the winner’s prize money of Bt600,000 for her first win outside China.

“I really like Thailand. The people are nice and the food is delicious. I love Tom Yum Koong (Spicy Shrimp Soup), curry and seafood,” added the Chinese player who plans to  play in the LPGA Q-School and Ladies Japan Tour Q School events later this year. 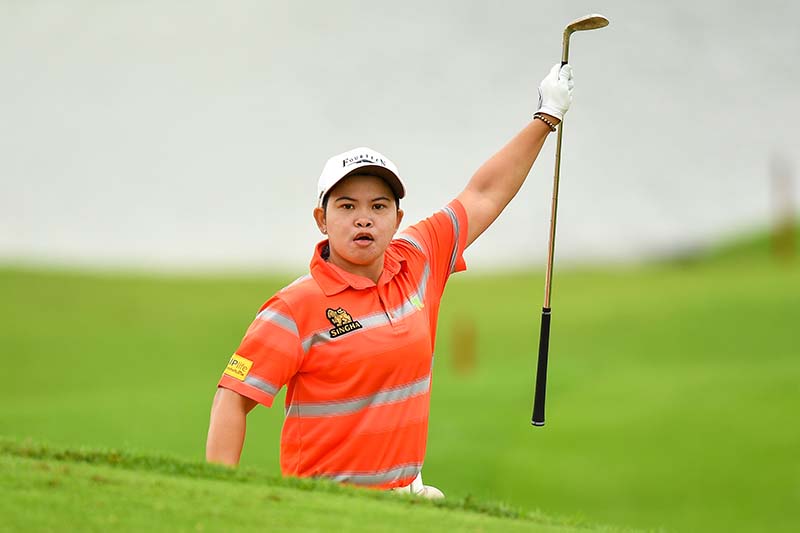 Patcharajutar from Khon Kaen also shot a final 69 to settle two shots behind the Chinese with a total 10 under-par-206.

“I just didn’t shoot scores at the front nine and when started making birdies at the back it was too late to catch up with her (Zhang). But overall, it’s still a great week for me,” said the 27-year-old Patcharajutar who won Bt400,000 as runner-up.

Zhang’s compatriot Du Mohan hit the day round of a 67 to come at third on nine under-par-207, two ahead of Chonlada Chayanun the 2019 Thai LPGA No 1 player.