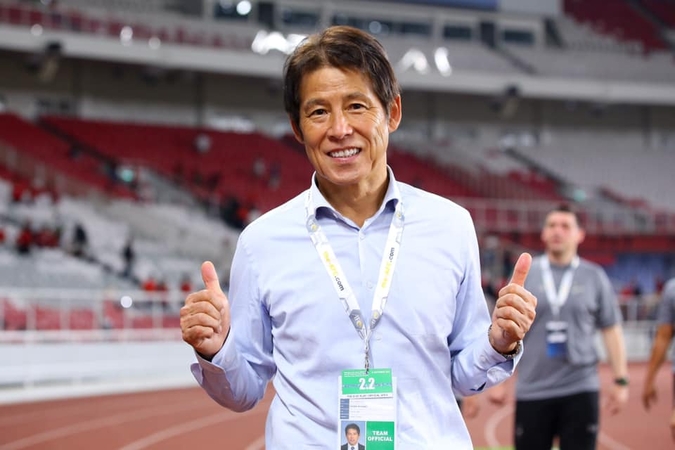 Footballer Supachok Sarachat produced two brilliant shots to lead Thailand to a 3-0 win over Indonesia in their World Cup Asian Qualification Group F second round competition in Jakarta on Tuesday. 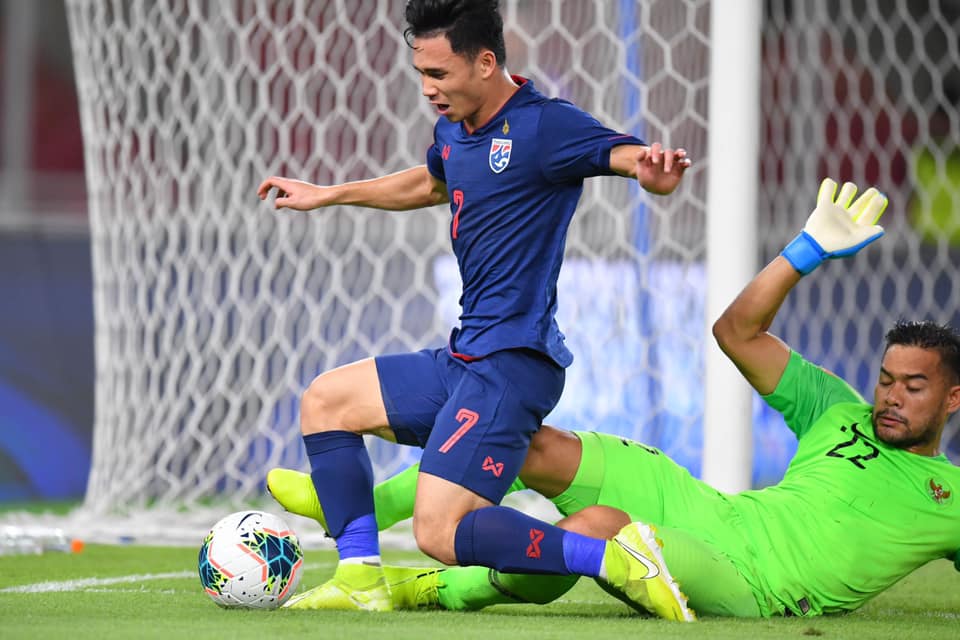 Five days after a disappointing draw with arch-rivals Vietnam in a home game, Akira Nishino’s side finally restored their pride in the away game at the Gelora Bung Karno Stadium following goals from the Buriram United midfielder in 55th and 73rd minutes plus another penalty shot by Theerathon Bunmathan.

The victory propelled the Kingdom to the top of group G with four points from two games, followed by United Arab Emirates and Malaysia, each with three points.

“I told the players to adjust to the atmosphere and they really worked hard to achieve that. They did a great job, I’m really happy with the result,” said Japanese coach Nishino, who assumed the position less than two months ago.

The Japanese coach also praised the 21-year-old Supachok for a quick recovery from the match with Vietnam last week. The star player was widely criticized on the social media after failing to capitalize on several opportunities in the game.

“He was under huge pressure and has had to live with it. But he more than proved his potential against Indonesia.” Nishino added.

Nishino is also not too worried about the injury Theerathon picked up during Tuesday’s match. “He seems to be moving okay at this point,” Nishino said.

Thailand will next face a tough challenge against the United Arab Emirates on October 15 at Thammasat University in Pathum Thani. Only the winners from eight groups plus four best runners-up will move into the third round.

“We will gather as much as information as possible before we take on the UAE,” Nishino said.