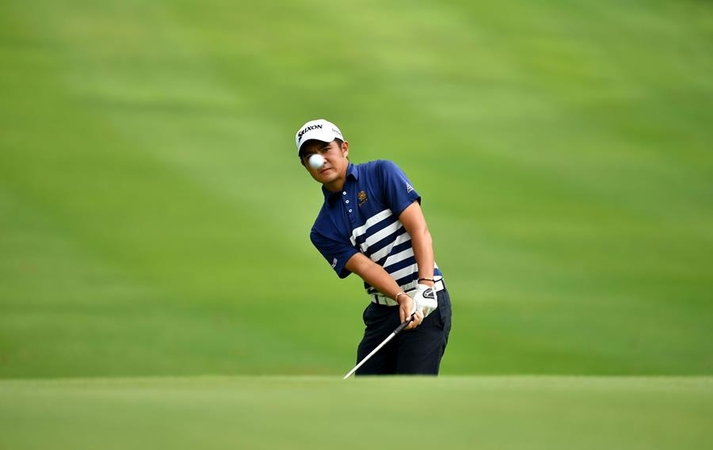 Gurgaon - Asian Tour Qualifying School graduate Kosuke Hamamoto of Thailand will be looking to translate his impressive form into a victory at the inaugural Classic Golf and Country Club International Championship, which starts on Thursday.

Kosuke, who entered the spotlight when he came in runner-up at the Yeangder Tournament Players Championship in Chinese Taipei last week, is inspired to bid for a successful outing when he gets his campaign underway at the Classic Golf and Country Club.

Thanks for his commendable result last week, the 20-year-old Thai has virtually locked up his Asian Tour card for 2020 after playing only five events so far this season. He will be aiming to go one rung better in the inaugural Asian Tour event, which offers a prize purse of US$300,000.

“To be honest, I didn’t really expect anything because it’s my rookie year. I didn’t want to expect too much out of myself, I just wanted to learn as fast as I can, and learn as much as possible every single week,” added the Japanese-Thai, gold medallist in the 2017 SEA Games.

“It was nice to drop only shot throughout the week in Chinese Taipei. But I wasn’t thinking about keeping the bogeys off the cards because in golf, the harder you try to do something, the harder it is for you to do it. If you try not to make a bogey, it’s easier to make a bogey. So I will just go out and focus on my processes. Whatever meant to happen, will happen.

“It’s not going to be easy to get a win this week, but I’ll definitely give my 100% effort, and like I said just try to focus on my process and whatever happens, happens,” the Thai young gun said.

India’s Chikkarangappa S. and Viraj Madappa are counting on home advantage to steer themselves to a victory this week. Their title ambitions will be put to test by Korea’s Taehee Lee and Masahiro Kawamura of Japan, placed fourth and fifth respectively on the Order of Merit.

The host venue, which comprises of an 18-Hole Signature Championship Course as well as a 9-Hole Signature Canyon Course, witnessed a slice of history in 2009 when Thailand’s Chapchai Nirat recorded the world’s lowest 72-hole score with a 32-under-par to win the third of his four Asian Tour titles then.

Prior to hosting its first Asian Tour event in 2009, the Classic Golf and Country Club was also home to the prestigious Indian Open in 2000 and 2001. Over the past few years, it has also played host to several tournaments on the Professional Golf Tour of India (PGTI).