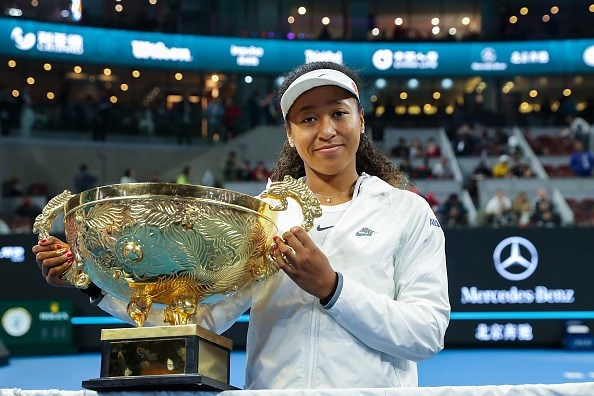 Naomi Osaka of Japan poses with the trophy after winning her singles final against Ashleigh Barty of Australia at the China Open in Beijing on October 6.

Naomi Osaka, the 2018 US Open champion and the world’s third-ranked tennis player, will give up her US citizenship to represent Japan in the Summer Olympics next year in Tokyo.

Osaka, whose mother is Japanese and father is Haitian, was born in Japan but moved with her family to New York when she was 3. Under Japan’s Nationality Act, those who hold dual citizenship must choose one before their 22nd birthday. Osaka turns 22 on Wednesday.

She told Japanese broadcaster NHK it was a “special desire” to represent the country of her birth at an Olympics in Japan. “It is a special feeling to aim for the Olympics as a representative of Japan,” she told NHK. “I think that playing with the pride of the country will make me feel more emotional.”

Osaka, whose victory in the 2019 Australian Open was her second in a Grand Slam tournament, represents Japan on the WTA Tour and in the Fed Cup. “I’m kind of looking forward to everything like the opening ceremony,” she told the Olympic Channel. “It’s also a very big honor to even be participating.”

Osaka beat Ash Barty, the top-ranked player in the world, in the final of the China Open in Beijing, a victory that, along with her win in the Pan Pacific Open in Japan, helped her climb back to No 3 in the rankings. Although Osaka has found plenty of endorsement opportunities from Japanese companies, her decision is not linked to money, her mother said.

“We made the decision that Naomi would represent Japan at an early age,” Tamaki Osaka told the Wall Street Journal a year ago. “She was born in Osaka and was brought up in a household of Japanese and Haitian culture. Quite simply, Naomi and her sister Mari have always felt Japanese, so that was our only rationale. It was never a financially motivated decision nor were we ever swayed either way by any national federation.”

Osaka has faced prejudice in Japan, where there have been bullying incidents involving haafu or half-Japanese people. She recently was declared to be “too sunburned” by two Japanese comedians who said she “needed some bleach”. Osaka’s response was to tout one of her sponsors, the Japanese cosmetics company Shiseido.

Last winter, the Japanese noodle company Nissin acknowledged “whitewashing” Osaka in an ad that was taken down after a public outcry.