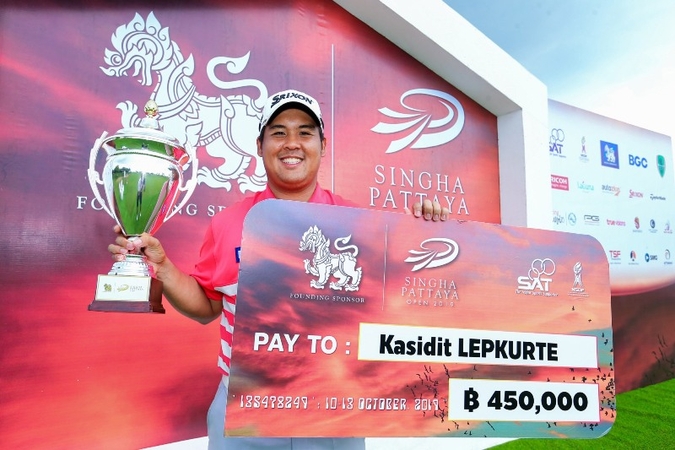 Former SEA Games national player Kasidit Lepkurte earned his maiden All Thailand Golf Tour title with a three-stroke victory after the final round of the Bt3-million Singha Pattaya Open at the Burapha Golf & Resort (A,B) in Chon Buri province on Sunday. 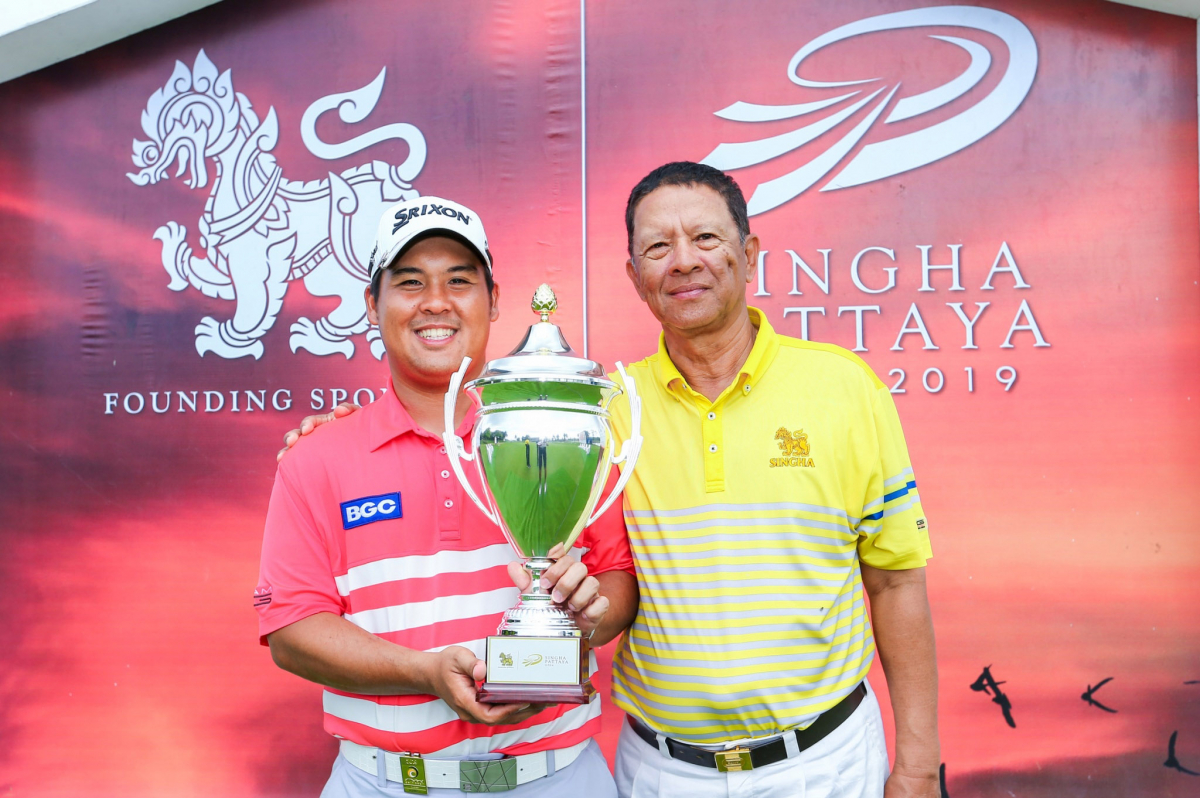 Kasidit and his father Prasert

The 27-year-old from Prachinburi province, despite a finishing bogey, emerged winner on the par-70 7,218-yard landscape after his close rival, Pavit Tangkamolprasert, suffered successive bogeys in the last three holes. Kasidit had earlier signed off with a 66 and a four-day total of 11-under-par 269.

“I started the day with two birdies which really got me the momentum. I was feeling more confident and hoped to catch up with the leaders,” added Kasidit, who celebrated his second title of the season. The previous one was at the Thai PGA Golf Tour in Phetchaburi province in May.

“I played many events before coming here and I didn’t really expect this. I just played my game, trying to hit on the greens and hoping to make some putts. I’m happy to finally win on the All Thailand Tour,” added Kasidit, who earned the winner’s prize money of Bt450,000.

"I was prepared for a play-off but it was a suprise that Pavit made a bogey on the last hole. I played with him for a couple of days and he putted so well," said Kasidit, the 2014 Asian Games and 2015 SEA Games player. He also dedicated this win for his father Prasert Lepkurte for mental support.

“I also have to thank my father ) for always being there for me no matter what. He never stops believing in me. He takes care of everything for me as if he is my manager,” added Kasidit, whose only international win was at the 2017 ADT PGM MIDF Championship in Malaysia.

Former Asian Tour winner Pavit, with a final-round 69, had to settle one shot behind for tied second on 270 with Raththee Sirithanakul and Poonnavich Hirayama, who had finals rounds of 65 and 67 respectively.

The next and final ATGT event, the Bt4-million BG Bangkok Open, is due from October 17-20 at Watermill Golf and Resort in Nakhon Nayok.