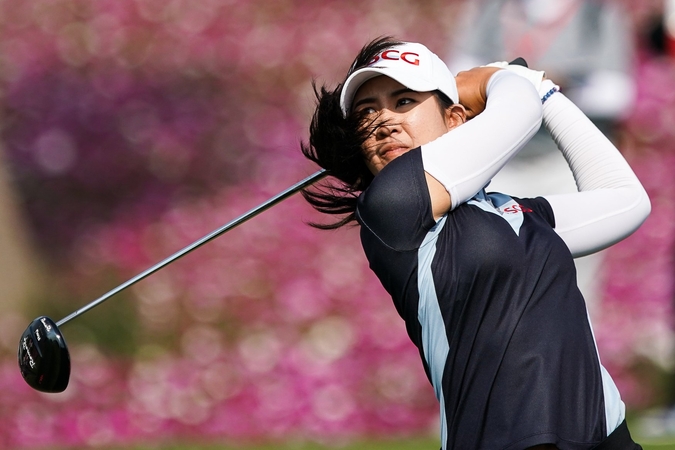 This week of the 2019 LPGA season takes the Tour to Busan, Republic of Korea, and the inaugural BMW Ladies Championship.

Nestled among forests and mountains and with the East China Sea just miles away, this week’s venue is LPGA International Busan, the LPGA’s first branded golf facility outside the United States.

“I think everybody that I know from Korea has a Busan story. Everybody vacationed here. They came here as kids. My players talk about Busan in a really personal way,” said LPGA Commissioner Mike Whan of this inaugural week in Busan. “This is our chance to show the rest of the world Busan, because I think for a lot of Korean folks, Busan already has a special spot in their heart. But for the rest of the world we are about to blow the lid off and show the world what an incredible city this is and to come and play golf. And if you're going to play golf, where else would you play than LPGA International.”

The BMW Ladies Championship will host 84 of the world’s best female golfers, led by World No. 1 Jin Young Ko, who has been atop the Rolex Women’s World Golf Rankings for the last 14 consecutive weeks. She is one of 15 players in the top 20 of the Rolex Rankings in the field, a group that including World No. 11 Danielle Kang, who reached that career-best ranking after her victory at last week’s Buick LPGA Shanghai. Other notable players in Busan include 2019 Louise Suggs Rolex Rookie of the Year Jeongeun Lee6, last week’s runner-up Jessica Korda and KLPGA star Hye-Jin Choi, who leads the 2019 KLPGA Tour Official Money List by virtue of her four victories.

The field consists of 50 LPGA Members, ranked in the order of their position on the 2019 LPGA Official Money List through the 2019 Volunteers of America Classic; 30 KLPGA Members, as selected by the KLPGA; and four sponsor invitations.

Busan has a special place in Danielle Kang’s heart. While Kang was born in San Francisco, she spent several years of her childhood in the sea-side town. While the area has changed significantly since that time, Kang is looking forward to a week filled with good memories and time with extended family.

“I still have friends out here. It's a childhood memory growing up, speaking Korean and the different dialects, but it feels a little bit different. I'm really excited to play,” said Kang, whose father K.S. Kang was a telecommunications executive in Korea. “At the same time, I'm conflicted just because there are a lot of things that are different for me now than what I'm used to, whether it's people around or things that I'm used to being able to visit this town. I'm very excited to come back. I don't get to come back here very often.”

Kang is still riding the high of her win at last week’s Buick LPGA Shanghai, a victory that came on her 27th birthday. Should she capture a victory this week, she could become the first player to win consecutive events since Shanshan Feng won the 2017 TOTO Japan Classic and the 2017 Blue Bay LPGA.

HUR RIGHT AT HOME IN BUSAN

2019 has been a year of rejuvenation for Mi Jung Hur. She has captured wins at the Aberdeen Standard Investments Ladies Scottish Open and the Indy Women in Tech Championship, her first wins since the 2014 Yokohama Tire LPGA Classic. In an interesting coincidence, that five-year span between victories matches the same length of time between her first career victory at the 2009 Safeway Classic and that win in 2014.

“After I won at Scotland, I did see an article saying that I tend to win every five years, and I remember feeling that that might just be a curse and I might have to wait another five years before I get another win,” Hur joked on Tuesday. “But I stayed put. I focused my work hard, and so I was able to garner a second win this time, like you said, in seven weeks.”

Hur is originally from Daejeon, nearly three hours from Busan, and now makes her home in suburban Dallas. But she also has a very close connection to Busan. Her husband Kevin Wang, whom she married in 2018, is a native of Busan and his parents still call Busan home. To balance the extra pressure she feels from playing in front of close family and friends, Hur is making a concerted effort to show Busan off to her friends on the LPGA Tour.

“I will feel that extra pressure when I'm on course today, but I'm going to try to have as much fun as I can. For instance, yesterday, I invited some players for dinner,” said Hur. “We had dinner together and also tomorrow we're planning to have dinner together. So as a person who has a special connection with Busan, I really hope the other players can make some good memories here, as well.”

On Sept. 23, 2019, the LPGA celebrated the official unveiling of its first golf facility outside the United States, and its second in all, when Asiad Country Club was reborn as LPGA International Busan in Busan Metropolitan City, Republic of Korea.

"I'm very happy to be able to open LPGA International Busan with the LPGA, which is leading the global standard for golf culture, and I expect this place to become a landmark for culture and tourism beyond just golf," said Mayor Oh. "Busan and the LPGA will work together to help Busan grow into a city that is central in leading Asian golf culture, starting with the first LPGA-certified golf course to open in the world outside the United States."

In Gee Chun, who won the last LPGA Tour event held in the Republic of Korea (the 2018 LPGA KEB Hana Bank Championship), will tee off the 10th tee at 8:33 a.m. with Minjee Lee and So Yeon Park

RACE TO THE CME GLOBE UPDATE

Heading into the 30th week of the 2019 Race to the GME Globe, four-time winner Jin Young Ko leads the standings with 4,068 points. Brooke Henderson is second with 2,729 points, followed by Jeongeun Lee6 with 2,597 points.

The 2019 season brings a fresh face to the Race to the CME Globe. LPGA Members will accumulate points at each official LPGA Tour event leading up to the CME Group Tour Championship. The top 60 points earners and ties will then earn a spot in the CME Group Tour Championship, with the entire field competing for the $5 million purse and the $1.5 million winner’s check, the largest single prize in the history of women’s golf.