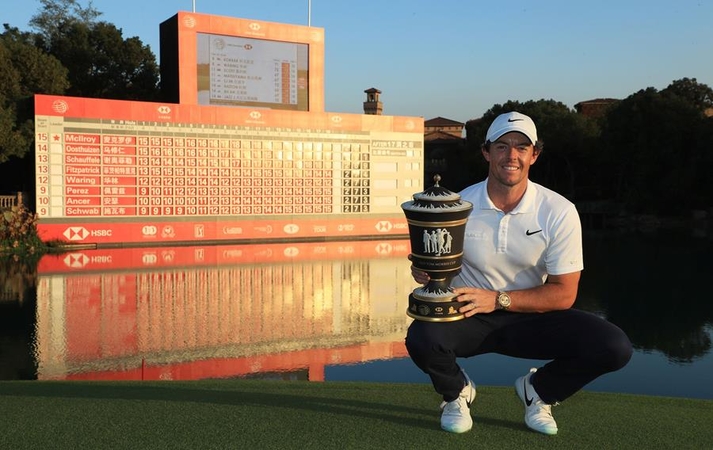 World number two Rory McIlroy of Northern Ireland showed why he is in a class of his own by defeating defending champion Xander Schauffele of the United States with a birdie on the first play-off hole to win the WGC-HSBC Champions on Sunday.

Schauffele, who would have been the first player to retain the WGC-HSBC Champions title had he won, started the day two shots back but surmounted a fightback with a final round six-under-par 66 which brought him level with McIlroy.

The American conjured a moment of brilliance by sinking a six-foot birdie putt on the last to force the play-off with McIlroy, who missed a 25-footer that would have seen him snatch the outright win in regulation play.

In the first play-off hole, Mcilroy's birdie was enough to secure his fourth title of the year after the American, who was battling flu all week, was unable to reach the green in two after hitting his drive into the left rough.

McIlroy, on the other hand, hit a wonderful drive and found the green in two to set himself up for a birdie which Schauffele could not match.

.This third WGC win was so hard. I felt after shooting 10-under par for the first two days, thinking going bogey-free over the weekend, I thought that would probably be enough to get the job done. I played 73 holes this week with Xander, and I have to give credit to him. He's battled the flu all week and he's played unbelievably well considering how he's been feeling," said McIlroy

"18 has been good to me over the week. I had an eagle Friday, a great birdie yesterday, and got lucky in regulation not to go in the water and it was a relief to hit those two shots in the playoff. He was battling a flu all week, wasn't feeling his best, and so the calibre of golf he played this week, it takes some doing. I don't want to take anything away from him. He birdied the last to get into the playoff, and then I produced two of the best shots of the day when I needed it, which was really cool," he added.

Thailand’s Jazz Janewattananond ended his week with a commendable tied-14th finish after rounds of 70,69,69 and 70 in what was his first WGC event in Shanghai.