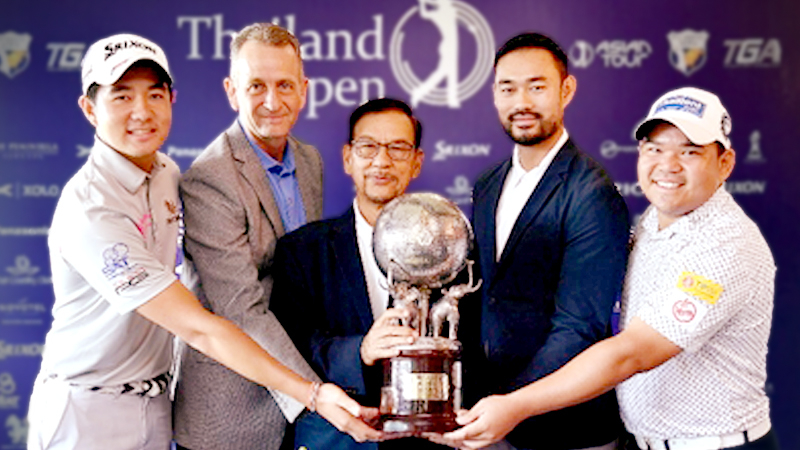 The Thailand Open will offer a compelling week of top-notch golf action when it returns to the Thai Country Club for its third consecutive edition on the Asian Tour on Thursday.

The US$300,000 full-field event, co-sanctioned by the Asian Tour and the Thailand Golf Association, will feature a talented field of 144 players from 20 countries with no fewer than 65 local players and 40 Tour champions vying for top honours.

American John Catlin, who claimed three victories in 2018, will aim for more glory when he returns for his first event on the region’s premier Tour since May. He will headline the Kingdom’s National Open alongside defending champion Panuphol Pittayarat of Thailand.

Newly crowned Asian Tour champion Suradit Yongcharoenchai will also be part of the 65-man strong local contingent who will be fighting to become the sixth Thai player to lift the coveted trophy on home soil.

Panuphol won by one shot for his second Asian Tour title last year and became the fifth Thai player after Suthep Meesawat (1991), Boonchu Ruangkit (1992 and 2004), Prayad Marksaeng (2013) and Rattanon Wannasrichan (2017) to win the prestigious tournament.

The 28-year-old Catlin, who was named the 2018 Players’ Player of the Year thanks to his outstanding breakout year, said: “I am excited to get back to the Asian Tour. Thailand has been my home for three years now so to be back for the National Open feels awesome. It’s been a great year for me, earning starts on the PGA Tour and the European Tour.

“I have gained a lot of confidence from the halfway cuts that I made. There are a lot of great players on the Asian Tour and to win three times last year showed me that the work my coach and I have put in over the last five years is the right stuff,” he added.

Other notable players set to feature in the 2019 Thailand Open include India’s SSP Chawrasia and Shiv Kapur, who claimed his first Asian Tour victory at the Thai Country Club in 2005, as well as Indonesia’s Rory Hie and Miguel Carballo of Argentina, who have both secured their maiden wins on Tour this season.

Players will have added motivation to do well at the Thailand Open as the event will kick start the 2019/20 Panasonic Swing, which is a ranking based on an aggregate point race that spans five events with the final top-three players chasing a share of a lucrative bonus pool.

The Thailand Open is the seventh full-field event on the 2019 Asian Tour schedule. It is also the Tour’s first stop in Thailand this season.