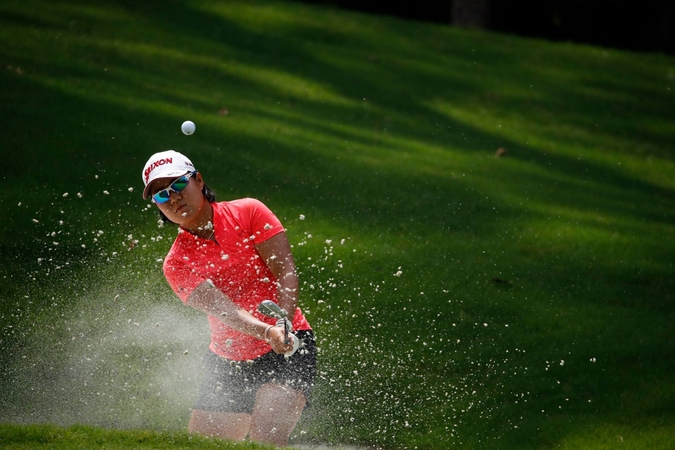 At age 17 Nasa Hataoka first made headlines when she became the youngest winner and first amateur champion of the Japan Women’s Open, a major on the JLPGA. This week at age 20, Hataoka is ranked No. 4 in the Rolex Rankings as she is set to defend her 2018 TOTO Japan Classic title.

In 2018 at the TOTO Japan Classic, Hataoka wowed her home country by firing a 5-under 67 on Sunday to win by two strokes. She has since added a win at the 2019 Kia Classic to her budding LPGA resume. Hataoka has taken the last two weeks off to recover from an illness, and she said she’s not 100% recovered but couldn’t miss a chance to defend her title and reflect on her 2018 win.

“I play mainly in U.S., so I don’t have much chance playing in Japan. Competing with LPGA members in this tournament and winning was an honor,” Hataoka said through a translator. “At the same time by winning, I was able to show Japanese fans that I am improved my golf.”

Hataoka comes into the TOTO Japan Classic on a hot streak. In September she won the Japan Women's Professional Golf Championship Konica Minolta Cup, a major on the JLPGA, and then in October she won the Japan Women’s Open for the third time in her career. In her last three LPGA events, she finished T3 at the Buick LPGA Shanghai, T4 at the Cambia Portland Classic and T5 at the CP Women’s Open.

With just two events left in the LPGA Tour season, Hataoka’s chances of achieving her goal of three LPGA wins in 2019 is dwindling but she said she’s still confident. “I still have chance, so I like to be positive.”

Rolex Rankings No. 8 Lexi Thompson returns to the LPGA Tour for this week’s TOTO Japan Classic making her first start since the Indy Women in Tech Championship in September. While Thompson got some much-needed rest during that time, she said she spent her time off grinding in the gym and on the course, including working on some changes to her swing.

Thompson said she is trying to tame down the jump in her swing in order to be more consistent, and has shared a few videos of her progress on her Instagram.

Despite a lengthy break, the major champion says she has her eyes set on her 12th LPGA title this week.

“Obviously, wanting to win. That’s always my number one goal, but with how hard I’ve worked in the last four weeks, really just committing to what I’ve worked on and just going out there free swinging and just continue to work on that,” Thompson said. “Just let it go and just enjoy the experience of being here.”

Thompson also said she is looking forward to using the TOTO Japan Classic to prepare for her title defense at the CME Group Tour Championship to finish her eighth season on Tour.

“It’s important for me right now just with the swing changes I’ve made to have a little test run and put it under the gun and in competition, I think it’s very important. I have a week off after this, so it will be good for a tune up before Naples to see where my game is at and what I need to work on.”

TWO-TIME CHAMP SHANSHAN FENG HAPPY TO BE BACK IN JAPAN

In seven starts at the TOTO Japan Classic, major champion Shanshan Feng has never finished outside the top 30. She has four top-10 finishes including back-to-back wins at the event in 2016 and 2017 at the Taiheiyo Club.

While the 2019 TOTO Japan Classic is being played on the Seta Golf Course, Feng said this is one of her favorite stops on the LPGA.

“Every time I come back to Japan, I’m really excited, very happy because I love the people in Japan, and I love Japanese food, and Japanese courses,” Feng said. “TOTO has done a very great job providing this tournament. I think we are very appreciated and also I think every time if I have a chance to come back, I would like to enjoy the week.”

This season, Feng has five top-10 finishes including a win at the Thornberry Creek LPGA Classic. With just two events left on the 2019 LPGA Tour schedule, Feng is looking to finish her season on a high note.

“I didn’t set any goals in coming this week, I know that I have some success on this tournament, I just want to enjoy the week and this is the end of season of this year, so I think I’ll try my best.”