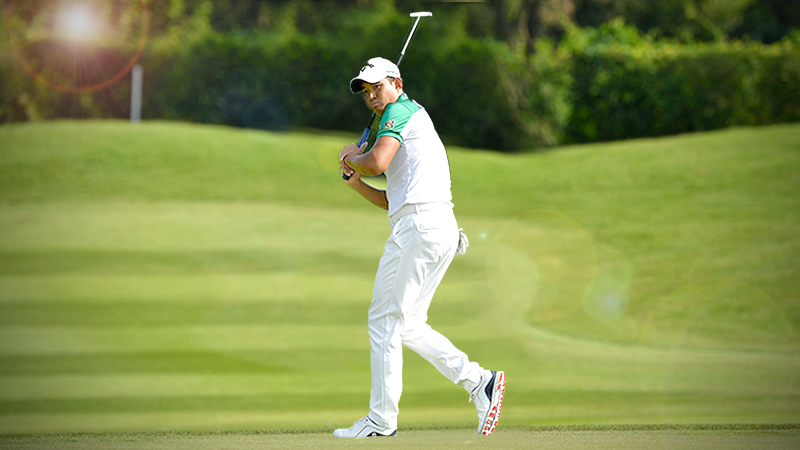 Chachoengsao – Local hope Pavit Tangkamolprasert lost a nail-biting three-way play-off to American John Catlin in the final round of the US$300,000 Thailand Open on Sunday. 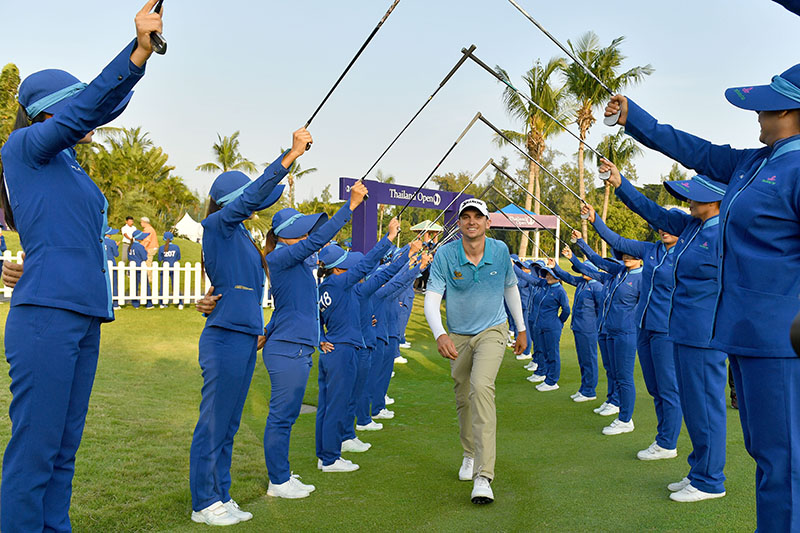 The one-time Asian Tour winner, Catlin and India’s Shiv Kapur were tied at 11 under in the sea-saw battle before the American sealed off the victory with a birdie in the first play-off hole at the Thai Country Club.

“I am very happy with my result this week. I didn’t expect myself to play so good and give myself a chance to win the tournament for my country by getting into the play-off. I am pleased with the way I played even though I didn’t win,” said Pavit Pavit Tangkamolprasert, winner at the 2016 Macao Open and a six-time champion on the Asian Development Tour (ADT), where he was crowned the Order of Merit champion in 2014.

“I knew the last hole was pretty tough. I thought making par would be good enough. Hats off to John (Catlin) really. That second shot into 10 feet was just incredible. This result should boost my Order of Merit ranking quite a bit and take some pressure off my back now,” added Pavit who entered the week in 49th place on the 2019 Asian Tour Order of Merit, having secured a tied-sixth finish in Indonesia earlier. The 30-year-old would move up to 35th place following his joint runner-up finish this week.

With a spectacular approach shot during the play-off, Catlin secured his fourth Asian Tour victory in style and became the first foreign winner in the tournament since South Korean Kim Kyung Tae in 2015.

American John Catlin beat Thai hope Pavit Tangkamolprasert and India's Shiv Kapur in a nail-biting play-off to win the Thailand Open at the Thai Country Club in Chachoengsao on Sunday.

Posted by The Nation Bangkok on Sunday, November 10, 2019

The 28-year-old Catlin, who claimed three victories over a span of five months in 2018, had missed a birdie chance by an inch on the 72nd hole after chipping from off the green to settle for a closing four-under-par 67.

“This win means a lot to me. It means a lot to me winning in Thailand. I have lived here for three years. The people here has been so kind and this place is starting to feel like a second home to me. To win the National Open here means the world to me. It’s like a dream come true,” said Catlin who was also named the Players’ player of the year in 2018, thanks to his breakout season. Apart from the three wins on the Asian Tour, he has also won the Singha Chiang Mai Open on the All Thailand Golf Tour last September.

“I kept telling myself these guys are so good out here. I am very proud of myself for keeping it going and getting the job done. That chip on 18th in regulation play, I really thought it was going in. I was pretty nervous getting into the play-off but I am glad I still won it in the end,” he added.

“It starts over again once you know you’re in the play-off. You got to go out there and play like your backs against the wall. I was able to hit a good tee shot down that left-hand side of the fairway on the play-off hole. Didn't have the best of angles there but I had just a great yardage. I trusted my swing and it came off perfect, locked it in there and made the putt,” the American said.

Catlin, who is based in Hua Hin, Thailand, had to go the distance with Kapur and Pavit, who returned with matching 65s, after they were all tied at the top on 11-under-par 273 total in regulation play at the US$300,000 full-field event.

The sudden death play-off, which was held on the par four, 466-yard 18th hole, saw Catlin finding the fairway on the left side with his tee shot while Kapur and Pavit hit into the left and right rough respectively. 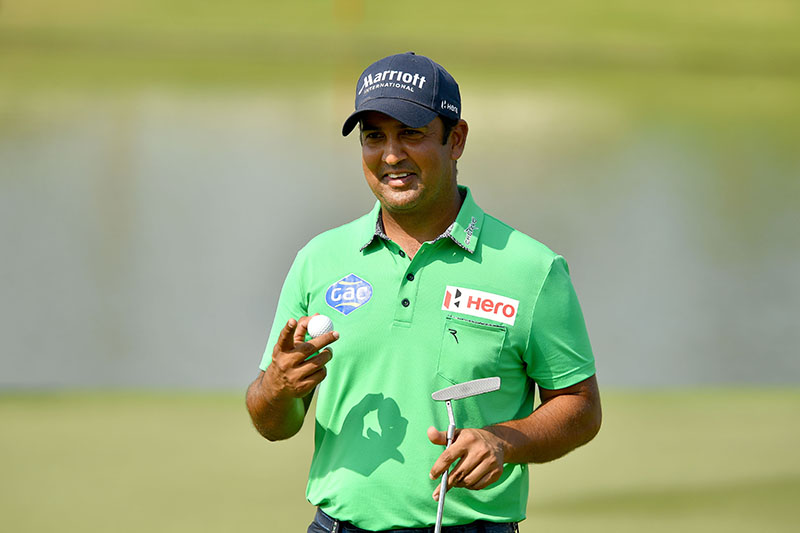 Kapur sent his second shot through the trees and onto the green but left himself a long birdie putt from about 80 feet which he did not manage to convert. Pavit’s second shot found the left bunker, where he hit a 35-yard shot from there to about 12-feet.

Despite failing to pip Catlin to the title, Kapur and Pavit took pride with their runner-up finishes in the Kingdom’s National Open, which would mark their best results yet on the Asian Tour so far this season.

American Trevor Simsby recorded a hole-in-one on the par-three 11th hole after his seven-iron from 176 yards found the bottom of the cup. He would sign for an eventual 63 to match the course record set earlier by Kapur in the second round of the tournament.

Catlin takes home a winner’s prize purse of US$54,000 following his victory and propels to 31st place on the latest Order of Merit.

He will also lead the 2019/20 Panasonic Swing, which is a ranking based on an aggregate point race that spans five events starting with the Thailand Open this week.