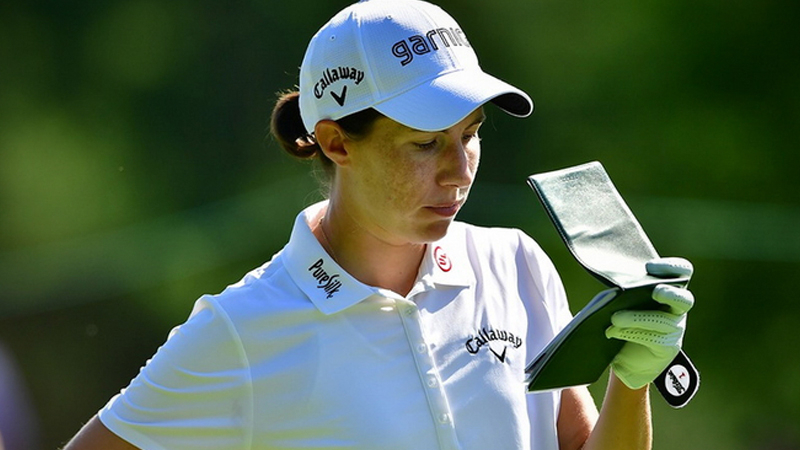 Throughout the season, the Aon Risk Reward Challenge showcased how the world’s best golfers are among the world’s best strategic decision makers. The competition, which measured the performance of LPGA Tour and PGA TOUR golfers on a series of holes across multiple tournaments, tested players’ ability to analyze risk, utilize data-driven insights to identify opportunities and maximize performance in the moments that matter most.

“Being the first LPGA Tour player to win the Aon Trophy is such an honor,” said Ciganda. “We face so many great competitors and I worked closely with my team, specifically my caddie, to give me opportunities to deliver the best possible performance.”

Ciganda was a leading contender from the beginning, but it wasn’t until end of the season that she really started to make a move on the leaderboard. Her eagle-birdie scores on the Aon Risk Reward Challenge holes in consecutive weeks (Buick LPGA Shanghai in Shanghai and BMW Ladies Championship in Busan) stretched her lead on the way to becoming the Champion.

“It sends a powerful message for Carlota to win the Aon Risk Reward Challenge, receive the same prize money and share the title with Brooks,” said LPGA Commissioner Mike Whan. “This inaugural season was extremely exciting as our players competed week in and week out across the globe. It came down to the wire, and we have so much respect for the way Carlota rose to the challenge.”

Commissioner Whan added: “Innovative partners like Aon are key to the growth of the game. This competition has added tremendous value and interest in what we do and serves as a powerful initiative.”

“Aon approached the PGA TOUR and LPGA with the idea for the competition because it offered compelling opportunities for players like Carlota, the game of golf and our firm,” said Aon Chief Marketing Officer Andy Weitz.

“We are very proud of the program that’s been developed,” Weitz added. “Drawing on the Risk Reward narrative, we’ve been able to show the parallels between decisions made on the course and in the boardroom, demonstrating how we create value for our clients. The inaugural season of the Aon Risk Reward Challenge has exceeded our expectations and we could not be more pleased to have Carlota Ciganda and Brooks Koepka as our first champions.”