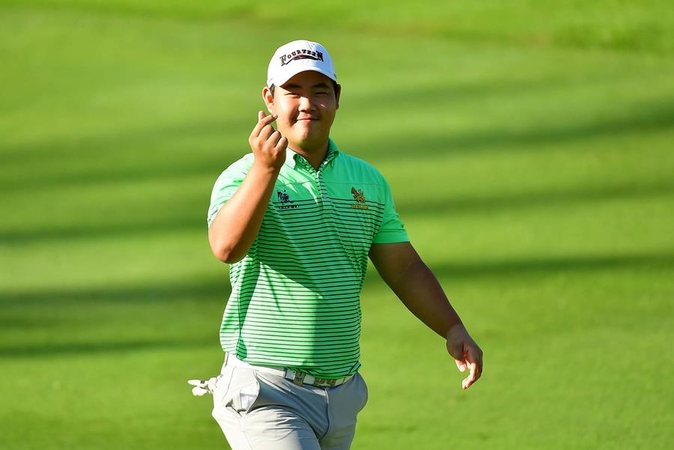 Kota Kinabalu - Newly minted Asian Tour winner Joohyung Kim of Korea will be looking to cope with elevated expectations when he chases for more glory at the highly anticipated Sabah Masters which starts on Thursday.

The 17-year-old Asian Tour newcomer, latest addition to the Tour’s growing list of bright young stars, refused to get ahead of himself even though he has won once and finished inside top-10 twice in his last three starts on the region’s premier Tour this season.

Having claimed his maiden Asian Tour title in India last week, Kim, the youngest professional player in the field this week, will be bidding for back-to-back wins when he steps up to the tee at the Sutera Harbour Golf and Country Club.

Kim will headline the US$300,000 full-field Asian Tour event alongside Thailand’s Phachara Khongwatmai, Indonesia’s Rory Hie and Siddikur Rahman of Bangladesh, who all entered the week in fine form, having secured recent top-10 finishes in Thailand and India.

Siddikur, who turns 35 years old today, hopes to take advantage of his recent run of fine form to bid for a third Asian Tour title and first since 2013. Hie is also aiming to end his commendable season with a flourish as he takes another shot at glory this week.

Inspired by his good friend Kim’s victory in India last week, Phachara is feeling the added motivation as he continues to hunt for a maiden Asian Tour title at the Sabah Masters, which is the ninth full-fiend event on the 2019 Asian Tour schedule.

The Sabah Masters is supported by the Tourism Malaysia with an aim to boost tourism in Sabah.