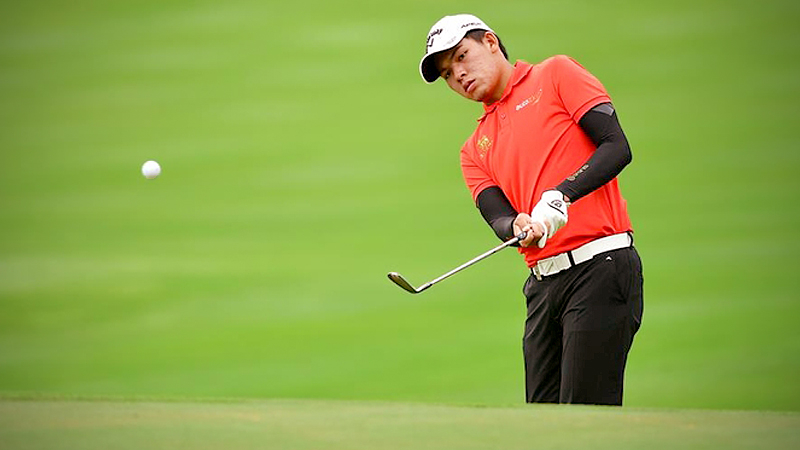 Kota Kinabalu - Young Thai talent Phachara Khongwatmai took advantage of his solid approach shots to sign for a five-under-par 66 and grab a share of the opening round lead at the US$300,000 Sabah Masters on Thursday.

The 20-year-old Thai ignited his title ambitions after firing seven birdies against two bogeys to sit atop the leaderboard with Indonesia’s Joshua Andrew Wirawan, as well as Aaron Wilkin and David Gleeson of Australia at the Sutera Harbour Golf and Country Club.

Sabahan Ben Leong returned with a 67 to trail the leading quartet by one alongside in-form Joohyung Kim and Sungho Lee of Korea, India’s Rashid Khan and Wang Wei-lun of Chinese Taipei in the tournament, which is the ninth full-fiend event on the 2019 Asian Tour schedule.

Despite closing with a bogey, Phachara took pride in his opening efforts as he was able to fire at the flags all day and miss only one green in regulation. Gleeson was delighted to rediscover some of his best form as he capped a solid outing to mark his lowest round yet this season.

“I hit it really well off the tees today. I made some long putts as well for birdies. Most were from like 20 feet. Except for the three-putt bogey on the last hole ninth, everything else was good. I was able to make a lot of birdies today,” said Phachara who  came into prominence when he won the 2015 PGM CCM Rahman Putra Championship to become the youngest ADT winner at the age of 15.

“The aim was to hit fairway first and then aim for the green. I was able to do that today. Many people struggle on these greens so hitting the fairways and greens are the keys. But I think I can putt on these greens now. I feel comfortable with it,” added the Thai young gun who claimed his third top-10 result this season when he came in tied-sixth at the Thailand Open two weeks ago. He has yet to win on the Asian Tour.

A host of players, including Thailand’s Panuphol Pittayarat, Bangladeshi Siddikur Rahman and Khalin Joshi of India, were tied in 10th place after carding matching 68s in the event that is supported by the Tourism Malaysia with an aim to boost tourism in Sabah.