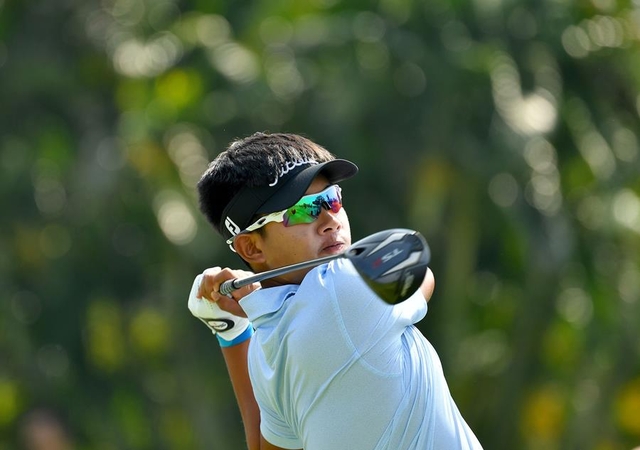 Kuala Lumpur - Atiruj Winaicharoenchai of Thailand is on the brink of securing his first Asian Development Tour (ADT) victory after firing a seven-under-par 65 on Friday to take a four-shot lead into the final round at the PGM Maybank ADT Championship.

Atiruj, nicknamed the Dragon, notched seven birdies in his bogey-free scorecard to reach the 54-hole mark at 15-under-par 201 at the Saujana Golf and Country Club.

Local star Amir impressed with a 68 to give himself another shot at chasing for a maiden ADT victory after coming close with a runner-up finish in Indonesia last year.

Thailand’s Sarit Suwannarit settled a further shot back in third following a 69 while compatriot Nirun Sae-ueng takes fourth place on 207.

Shinichi Mizuno of Japan, Suttijet Kooratanapisan of Thailand and Matt Killen of England, who shared the third-round lead with Atiruj, faded away after mustering matching 72s to trail by six shots in fifth position.

"I continued to hit it very well especially my approach shots. I managed to find the green 16 time today and all my seven birdies were within 15 feet,” said the 19-year-old Atiruj.

"If I keep playing the way I did today, I believe the victory is within my reach. My goal is to shoot a three-under and hopefully that will be good enough to earn me my breakthrough on the ADT.

"If I can do that, it will be such a good achievement considering I have just turned pro last year. This will stand me in good stead ahead of the Asian Tour Q-School next year where I hope to earn my card,” added the young Thai.