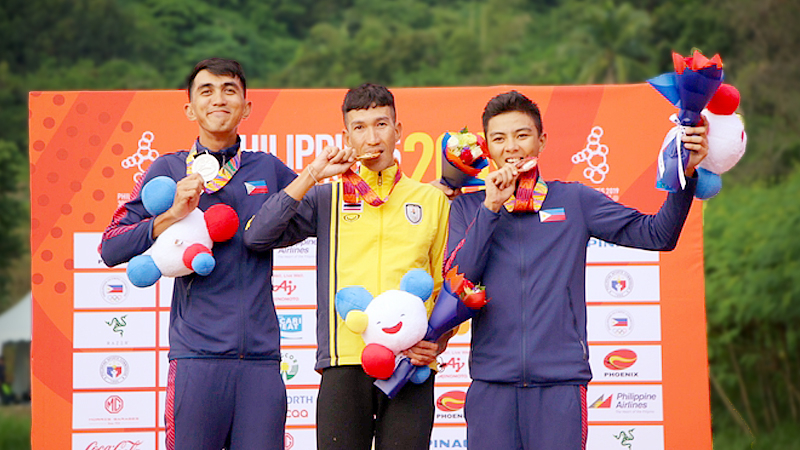 Keerati Sukprasart captured Thailand’s first gold medal at the SEA Games on Sunday (December 1) with a victory in the men’s cross-country competition.

The Games are underway in several cities inclduing Tagaytay (where the cycling cross country is took place) , the Philippines.

“I’m still excited even though this is my fifth SEA Games,” the 34-year-old from Prachinburi said after his breakthrough victory in the sports extravaganza.

“After surveying the route, I knew it would be a physical game. I had to rely on my experience and had a good game plan to compete against the host rider.”

Posted by The Nation Bangkok on Saturday, November 30, 2019

Thailand had by Friday already secured a gold medal on Friday when the women’s water polo team dominated the three-nation round-robin competition with wins over Singapore and the Philippines.

The Kingdom’s squad completed its fourth match win on Sunday with another victory over the host, to accomplish their mission in the 30th regional Games of two wins over the Philippines and two over Singapore in total.

Thailand has 1,483 athletes and officials participating in 52 sport disciplines and expects to reap up to 120 gold medals.