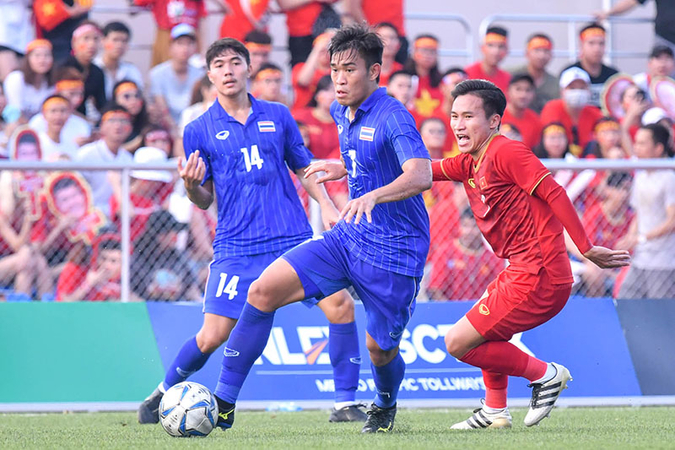 Defending champion Thailand crashed out of the men's football SEA Games competition after a 2-2 draw with arch-rivals Vietnam in the last game of group B in Binan City of the Philippines today (November 5).

The 16th-time champions Thailand needed to beat Vietnam by two goals to book their berth into the semi-finals but the 2-2 result meant they finished third in the group behind the neighbouring country, the group winner, and Indonesia (second place) who both advanced to the next stage.

It was a heart-breaking finish for the Kingdom who blew away an early lead following two goals by Supachai Jaided and Suphanat Mueanta in the first 10 minutes.

It did not take much time for Vietnam, the region’s No 1 football nation, to strike back when Nguyen Tien Linh sent a header home in the 15th minute.

Vietnam finally found the equaliser with a penalty kick by Linh in the 69th minute. Thailand went on all-out attack, but Vietnam proved a hard nut to crack.

Not only have the men’s football team suffered a huge flop, Thailand have performed far from impressive in other disciplines in the 30th SEA Games with only 15 gold medals so far, far from the target of 120.