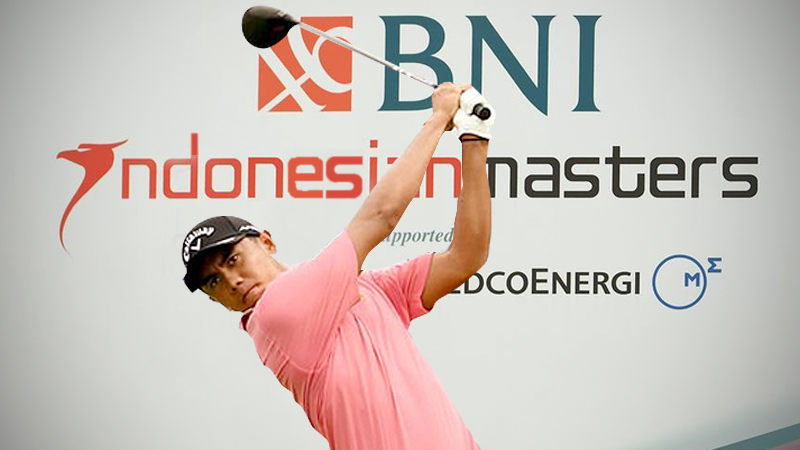 Jakarta -  Amateur Naraajie Emerald Ramadhanputra flew the flag for Indonesia by carding a solid seven-under-par 65 to share the opening honours with South African Keith Horne and Steven Jeffress of Australia at the BNI Indonesian Masters supported by Bank BRI and MedcoEnergi on Thursday.

The talented 19-year-old, who is the highest-ranked amateur in the country, got off to a flying start with five straight birdies from the 11th hole before adding three more birdies against a bogey on his way home at the Royale Jakarta Golf Club.

Jeffress, who played without a practice round this week, rediscovered the spark in his game as he closed with three straight birdies from the seventh to seize a share of the lead in the US$750,000 Asian Tour event, which forms the third leg of the 2019/20 Panasonic Swing.

Veteran Horne launched his relentless bid for a breakthrough title by firing nine birdies against two bogeys in the Indonesian showpiece, which is celebrating its ninth straight edition on the Asian Tour this week.

Korea’s Doyeob Mun and Josh Younger of Australia trail the leading trio by one in fourth place following matching rounds of 66 in what is the penultimate event of the 2019 Asian Tour season.

Newly crowned Asian Tour Order of Merit champion Jazz Janewattananond of Thailand battled to a 68 to tie in eighth place while countryman and defending champion Poom Saksansin posted a 73 to sit in tied-85th place.

By being the flagship event of the Asian Tour, the BNI Indonesian Masters will award the winner with no less than 20 Official World Golf Ranking (OWGR) points, ensuring more players benefit from the points breakdown.

The winner of the 2019 BNI Indonesian Masters will again receive a coveted spot in the World Golf Championships – FedEx St. Jude Invitational in 2020.