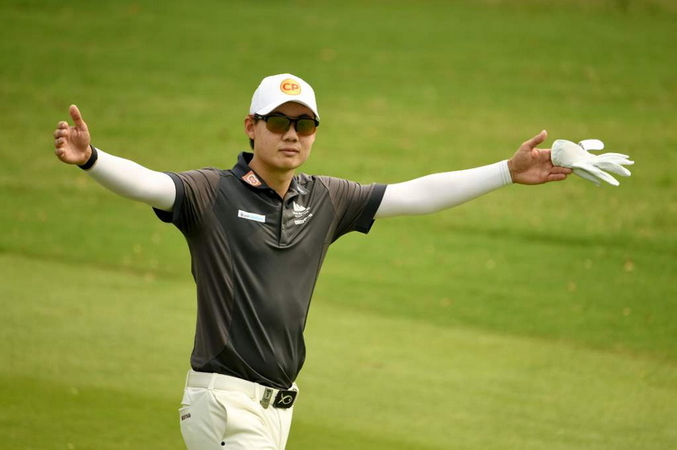 Thai rising star Jazz Janewattananond proved his credentials as the newest Asia’s number one by firing a scintillating 10-under-par 62 to seize the third-round lead at the BNI Indonesian Masters supported by Bank BRI and MedcoEnergi on Saturday.

The 24-year-old Thai, who is enjoying a stellar season with two wins and six top-10s, blazed the course with two eagles and seven birdies against a bogey to lead by one shot over countryman Gunn Charoenkul on 16-under-par 200 total at the Royale Jakarta Golf Club.

Jazz, world’s highest-ranked Thai in 57th place on the Official World Golf Ranking (OWGR), is chasing a career fifth Asian Tour title and a third one this season at the popular US$750,000 event, which forms the third leg of the 2019/20 Panasonic Swing.

With a total of 20 OWGR points on offer in what is the flagship event of the Asian Tour this week, Jazz will need to win the 2019 BNI Indonesian Masters to break into the world’s top-50 at the end of the season and secure his berth at The Masters next April.

“I am pretty pleased. I was surprised to go out there and shoot this low round today. I was struggling with my putting in the first two rounds but seems like it got better today,” said Jazz who has already won the No 1 position on this Asian Tour this year.

“I put in a new putter today. Maybe I'll stick with it tomorrow. I was surprised to see some balls go in actually…….I’m trying to break into the world’s top-50 with a win tomorrow and secure my place in The Masters will be at the back of my mind for sure. It will be a motivating factor for me tomorrow. I just want to go out and play my best again,” added Jazz who tied the lowest 18-hole score in the tournament history with his third-round 62. Justin Rose of England carded two 62s in 2017 while Malaysia’s Nicholas Fung closed with a similar 62 in the last edition. 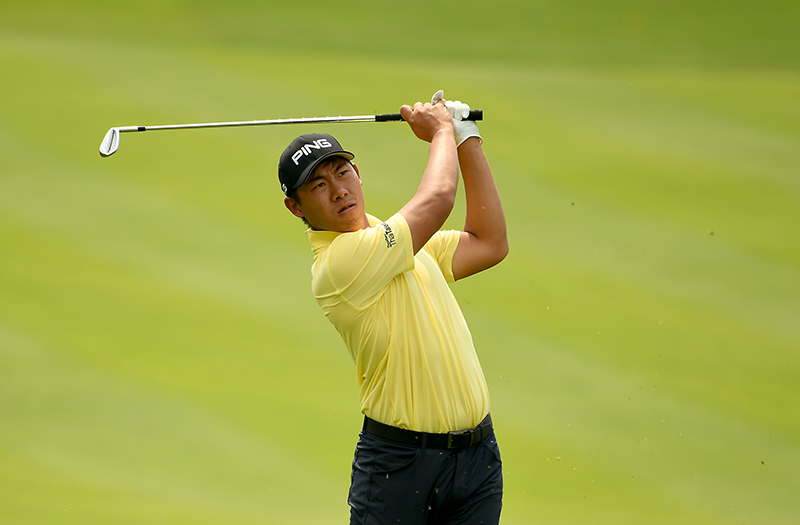 Gunn, seeking his Asian Tour breakthrough, returned with three birdies in his closing four holes to grab second place while veteran Keith Horne of South Africa remained in contention for his maiden win on the region’s premier Tour after battling to a 71 to take third place on 203.

“I would be happy with an under-par round. I think I may need more experience playing in the last group. I did have some opportunities in Japan but couldn’t really hold my nerves well. I played with Jazz sometimes in practice rounds when we were in Japan, but we haven’t really played together in tournaments. He’s been playing well the last few years so looking forward to learning some stuff from him tomorrow,” said Gunn, hoping for his maiden Tour victory.

PGA Tour winner Alex Cejka of Germany, who is playing on a sponsor’s invitation this week, posted a 70 to settle four shots off the pace in fourth while overnight leader Josh Younger of Australia slipped to tied-fifth on 205 following a disappointing 74.

Danny Masrin emerged as the highest-placed Indonesian in tied-10th place on 207 after signing for a commendable 68 in the event, which is celebrating its ninth straight edition on the Asian Tour this week.

The winner of the 2019 BNI Indonesian Masters will also receive a coveted spot in the World Golf Championships – FedEx St. Jude Invitational in 2020.