Pattaya - Promising star Phachara Khongwatmai fired an blemishless second-round 64 to take a one-stroke lead over Thomas Detry of Belgium, heading into the midway stage of the US$500,000 Thailand Masters at the Phoenix Gold Golf and Country Club in Chonburi province on Friday (December 20). 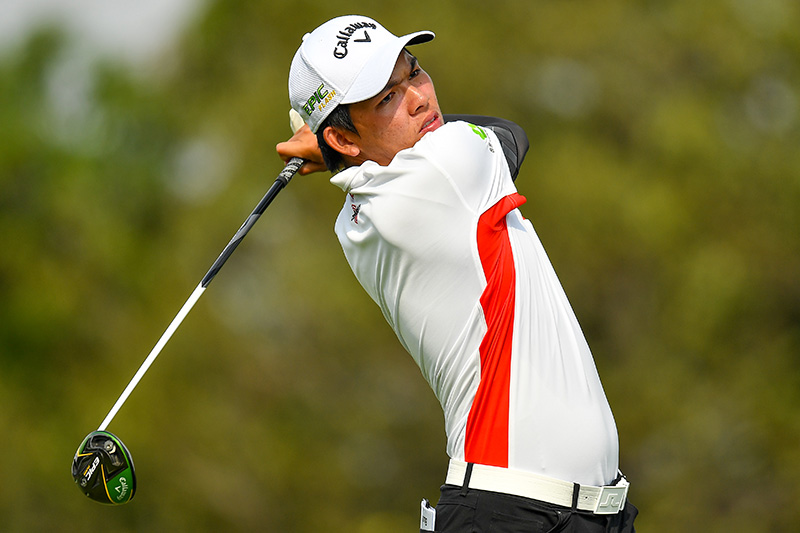 “I’m quite happy because this is a home event which is hosted by Thongchai Jaidee. I’m close to him, so I’m happy with my position this week,” said the 20-year-old Phachara, who has posted three straight top-10 finishes in his last three Asian Tour events.

Thai young gun Phachara Khongwatmai will enter the weekend rounds with one shot lead in the US$500,000 Thailand Masters in Pattaya. #PhacharaKongwatmai #ThailandMasters

Posted by The Nation Bangkok on Friday, December 20, 2019

“My strategy for the last two rounds is to play my game, just think one shot at a time, hitting the fairways, hitting the second shots to the greens and making some putts. I will try not to lose my score. I will be relaxed. I’m not nervous and will just try to play my game. If it’s meant for me, it will happen. But if not, I will be alright,” added Phachara, who enjoys key support from his family and girlfriend this week. 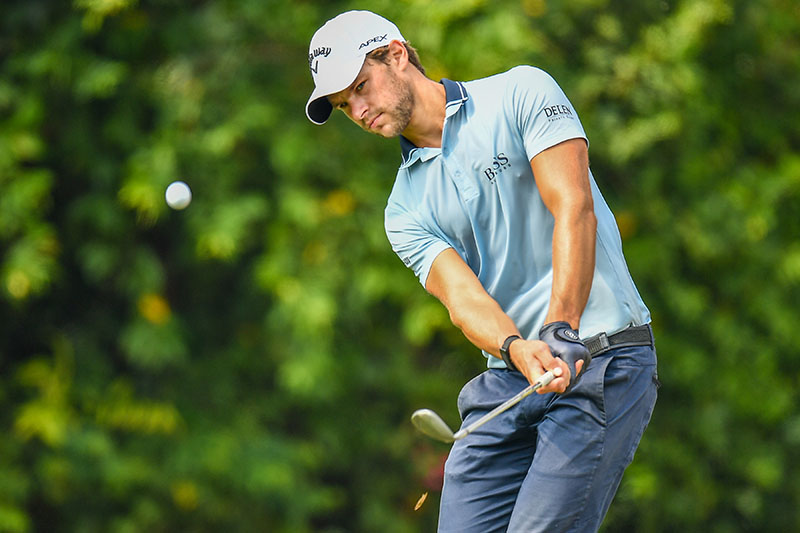 Overnight leader Thomas Detry of Belgium almost emerged as the joint leader but a bogey on the finishing hole left him with 11 under-par-131 to sign off with a 68.

"Although I finished with a bogey, I’m still in a very good position heading into the weekend rounds. I have not been feeling too well and I got tired towards the end of my round. But I’m still happy with the way I finished. I was one-under at one point but managed to make some birdies to lift myself up back into the game again. I’m going to have a good night sleep now and be fresh for the weekend," said Detry.

Sitting two shots back at lone third was Thai-Japanese Kosuke Hamamoto, who produced an error-free round of 64 for a total 10-under-par 132. The 20-year-old from Chiang Mai is looking for his maiden Tour win after turning professional last year.

The 2017 SEA Games gold medalist just changed a new putter on Wednesday, which seems to be playing a key role in his good form this week.

“It’s a reserve putter that had stayed in my car for a while. I decided to give it a try and turns out it has suited me well,” said Kosuke, whose best Tour attempt was second place at the Yeander TPC in Taiwan earlier this year.

“I’m nervous to be in this position again. But I take a positive approach because it makes me want to concentrate and work even harder to perform well,” he said.

A total of 84 players have made it to the weekend with the cut off at one-under-par 141. Asian Tour No 1 Jazz Janewattananond and Kiradech Aphibarnrat are still in contention.