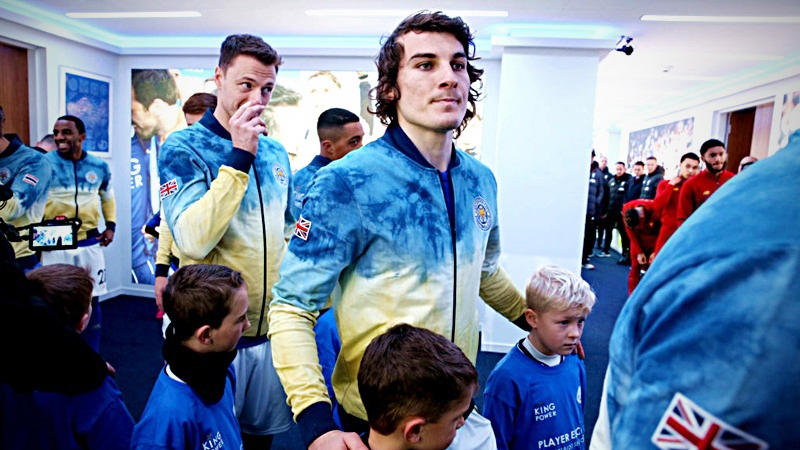 Players of Leicester City FC donned jackets made by residents of Kiriwong village in Nakhon Sri Thammarat province before the big match against Liverpool FC on December 27 at King Power Stadium.

The jackets were made from natural materials such as leaves, bark and heartwood creating beautiful colours and patterns. Thailand’s flag was embroidered on the left sleeve while the right sleeves sported the Union Jack.

Even though Leicester were beaten by Liverpool 0-4, footballers from all over the world still had an opportunity to appreciate the beauty of Thai traditional art. The club had 100 jackets made for the event.