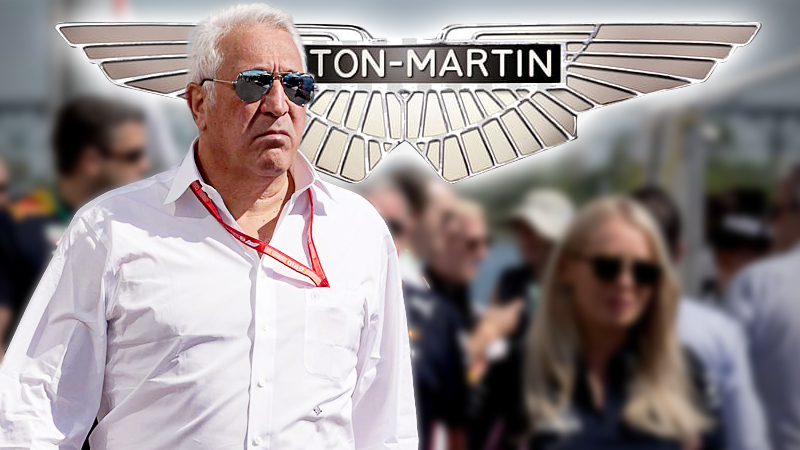 The deal agreed late Thursday gives the U.K. luxury carmaker much-needed breathing space as it looks to get back in track following a turbulent start to life as a public company.

Aston Martin needs funds to ease a debt burden and start building the DBX -- its first-ever SUV -- which Chief Executive Officer Andy Palmer is banking on to sell in higher volumes than the stylish sports cars made famous in the James Bond movies.

The shares posted their biggest gain ever on Friday after Aston Martin announced details of the rescue package, which sees a group led by Stroll buying as much as 20% of the company. The sterling bonds also rose to their highest since July.

The Canadian investor will become executive chairman, according to a statement. Bloomberg News reported earlier that the deal had been agreed to overnight.

"This fund-raise brings down our leverage and substantially supports investment in new products," Palmer said in an interview. The company no longer needs to draw down on a 100 million-pound, high-interest loan, he added.

Stroll, a Canadian investor who owns a Formula One racing team, won the backing of Aston Martin's board. He edged out rival suitor Geely, which also sought to invest in the sports-car maker. Stroll's consortium will pay 182 million pounds for a 16.7% stake, before contributing to a rights issue supported by major shareholders to raise a further 318 million pounds.

Nevertheless, the need for a cash influx sums up the disappointing turn of events since Aston Martin went public in October 2018. At the time, the company was touting a turnaround under Palmer, a former Nissan Motor Co. executive, helped by private-equity backing.

Aston Martin shares jumped 22% to 490 pence as of 9:35 a.m. Friday, the most since its October 2018 initial public offering. Still, the stock remains about 74% lower than the listing price.

Stroll, 60, made his fortune building and selling two fashion brands: He and his partner, Silas Chou, took Tommy Hilfiger public in 1992 and later sold it to private-equity buyers. In 2011, they listed the Michael Kors brand, eight years after acquiring majority control. Chou is also part of Stroll's Aston Martin consortium.

Stroll also led a group of investors who took over the Force India Formula One team after it was pushed into administration. Renamed Racing Point, it is based in the U.K. and gets its engines from Mercedes-Benz. Stroll's son Lance is a driver for the team. Aston Martin's naming partnership with Red Bull Racing will end after the 2020 season.

Stroll's presence will help steer the company toward its aim of becoming a luxury-goods company, Palmer said. "It's going to change the dialogue in the boardroom," he said. "The dialogue will change from automotive to luxury."

However, investment in electric vehicles will be delayed beyond 2025, bucking a trend that occupies most other carmakers.

At the time of its IPO, Aston Martin was pitched as a peer to Ferrari NV, the Italian supercar maker. The company built a new factory in Wales to make the DBX -- an optimistic signal for the British car industry, which has been reduced by Brexit and an industry shift away from diesel engines.

But the image quickly evaporated as sales slumped and dealers struggled to offload the entry-level $150,000 Vantage. The DBX, which will cost $189,000 and is set to begin production in the second quarter, may also be late to the competition. Prestige brands like Lamborghini, with the Urus, and Bentley's Bentayga have already established themselves in the ultra-luxury SUV market.