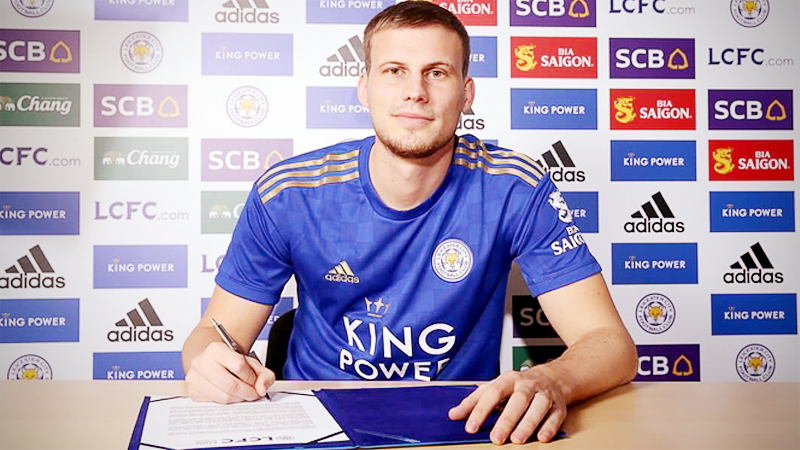 Leicester City Football Club have completed the signing of Wolverhampton Wanderers defender Ryan Bennett on loan until the end of the 2019/20 season, subject to Premier League approval.

The experienced 29-year-old moves to King Power Stadium having played 19 times in all competitions for the Molineux outfit this term, scoring once in the Europa League.

Standing at 6ft 2in, the imposing centre-back started his career with Grimsby Town, making over 100 appearances for the Mariners before switching to Peterborough United in 2010.

A former England Under-21 international, Bennett earned a move to the Premier League with Norwich City in January 2012 and spent five years with the Canaries.

He signed for Wolves from Norwich City in May 2017 and helped the club to promotion to the top-flight in his first year. He went on to play on a further 40 occasions in all competitions last season, as Wolves earned a seventh-place finish in the Premier League.

"It's great to be here. It's a massive club and the league table doesn't lie. The manager has taken the team to another level and the players deserve great credit too. The Club is moving in a forward direction and it's really good to be part of it," said Bennett.

"I've experienced the atmosphere at King Power Stadium before too with Wolves and with Norwich City. It's a great environment here and it's a journey I'm looking forward to," he added.

Bennett played the full 90 minutes for Nuno Espírito Santo’s side on their visit to King Power Stadium on the opening weekend of the 2019/20 campaign, a game which ended goalless.

The defender will now link up with his new team-mates, but won’t be available for Saturday’s Premier League tie with Chelsea at King Power Stadium.