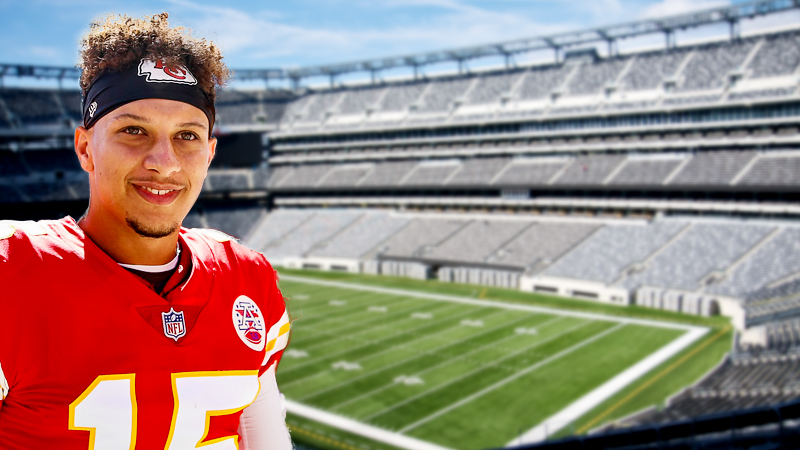 MIAMI GARDENS, Fla. - In the fourth quarter of Super Bowl LIV, in a game descending into agony, Kansas City Chiefs quarterback Patrick Mahomes asked his team to believe. It took some nerve to make that request because Mahomes, perhaps the most mesmerizing young quarterback the NFL has ever seen, seemed lost at that point. He was confused, frustrated, impatient. He was awful, and Mahomes doesn't do awful.

Tyreek Hill sighed and slumped his shoulders. Mahomes had just thrown a pass behind the receiver, and San Francisco 49ers safety Tarvarius Moore intercepted it. It was Mahomes's second pick of the night, his first multi-interception game since November 2018. The Chiefs trailed by 10.

"Man, how are we going to pull this off?" Hill recalled asking.

"You've got to believe, brother," Mahomes insisted. "It's going to happen, man. I can feel it."

Looking back, it seems foolish that Hill had such doubt. In a rousing rally, Mahomes turned his most perplexing performance into his pluckiest in a 31-20 Kansas City victory before 62,417 at Hard Rock Stadium. In the Chiefs' first Super Bowl appearance in 50 years, on a night when the NFL celebrated its 100th season by honoring its 100 greatest players, Mahomes cemented his legend as a phenom who could help define the next century. He proved he is more than the sport's greatest entertainer. At this moment, he is its best active player, period, and now he has the championship, the signature comeback and all the requisite toughness and resilience to boot.

With the Chiefs trailing 20-10 midway through the fourth quarter, Mahomes bounced back and delivered the Lombardi Trophy to a long-suffering football town and to Andy Reid, his long-suffering coach.

He didn't do it simply by believing. He had to recover, and he had to do so against the San Francisco defense, a force as mighty as the offense he directs so brilliantly. The 49ers were dragging Mahomes by the mohawk toward his ultimate humbling.

Then magic happened. Mahomes Magic, as they call it. On third down and 15, he connected with Hill for 44 yards. Man, how are we going to pull this off? Mahomes's answer: Quickly. Marvelously. Emphatically.

Four plays after Hill's catch ignited the offense, Mahomes hit all-pro tight end Travis Kelce for a one-yard touchdown. The deficit had been trimmed to three. After the Kansas City defense came through with a three-and-out, Mahomes went to work again. He needed only 2 minutes 26 seconds to drive 65 yards and take the lead. He and Sammy Watkins combined to burn San Francisco cornerback Richard Sherman on a 38-yard pass. Three plays after that, Mahomes found Damien Williams for a five-yard score. All of a sudden, the Chiefs led 24-20. They had broken a 49ers defense that seemingly broke them.

"It's Magic Mahomes," Kelce said. "It's Showtime Mahomes. He's going to be himself no matter what the scenario is, and you know what? I love him. He willed this team back into the game."

And now Reid is a winner. The coach entered this game with 221 career regular season and postseason victories, the most in league history for any coach without a Super Bowl of NFL championship. After 21 NFL seasons as a head coach, we now know why it took so long for Reid to win the big one: He had to wait for Mahomes.

Mahomes might have been worth all the heartbreaking losses, all the criticisms of his clock management. Mahomes needed until nearly the last possible minute to find himself, but he finally did so. After that second interception, Mahomes completed 8 of 13 passes for 114 yards and two touchdowns to complete the most memorable of Kansas City's three come-from-behind victories this postseason.

"I'm going to go get the biggest cheeseburger you've ever seen," Reid joked. "And it might be a double."

By the end, Mahomes's numbers looked quite nice: He completed 26 of 42 passes for 286 yards and two touchdowns. But to get there, he had to accept his toughest challenge. San Francisco had the most potent defense he has faced, and it had the perfect game plan to limit the Chiefs' big plays, to keep Mahomes from improvising and to hit the quarterback enough to make him flustered.

For 3 1/2 quarters, the 49ers made the game look uglier for Mahomes than he has experienced as an NFL player. But in the end, it merely enabled him to show how great he truly is.

"I had the mind-set that I'm going to keep firing it," Mahomes said.

He didn't need another flawless performance full of highlights. Mahomes needed to show he can do it the hard way. He needed to overcome the opponent and himself. That he figured it out was an impressive way to take his rightful place as the new face of the NFL.

It's a designation that Mahomes is too humble to claim.

"There are several guys that can be the face of the NFL," he said. "Lamar Jackson was just the unanimous MVP and had one of the greatest seasons ever for a quarterback."

Mahomes won the MVP a year ago at age 23 after throwing for 5,097 yards and 50 touchdowns. Now, at 24, he became the second-youngest quarterback to win a Super Bowl. But he is a different animal when you compare him to some of the other 25-and-under Super Bowl-winning QBs. That list includes Ben Roethlisberger, Tom Brady and Russell Wilson, and it's likely that all of them are headed to the Hall of Fame. But put Mahomes with those three, and here's the difference: He is the only one who was asked to carry his team as a young quarterback. Roethlisberger, Brady and Wilson grew into their franchise-player responsibilities. Mahomes has been the franchise since he became a starter. And he is not just an extraordinary athlete with a gifted arm. He is a relentless competitor, too.

And the Chiefs will never doubt what he is capable of again. The rest of us would be wise to join them.