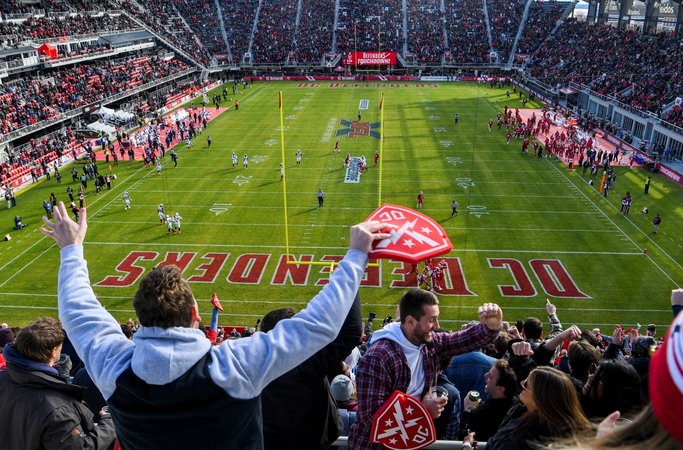 WASHINGTON - A new era of football began on a cool, sunny Saturday afternoon at Audi Field with the return of the XFL. The DC Defenders defeated the Seattle Dragons, 31-19, before an enthusiastic crowd of 17,163 in a relaunch of a league that lasted just one season in 2001.

The first iteration of the league, founded by wrestling mogul Vince McMahon, was fueled by wrestling promotion, sex appeal and "tough" football. This reboot is taking a measured approach, embracing ideas to make the game more appealing to fans, such as the double-forward pass and options to tack on one, two or three points after a touchdown to replace the standard one-point kicking option.

As for the football itself, a few familiar faces played key roles in leading the Defenders to the win.

Former Redskins wide receiver Rashad Ross, who lit up Week 1 of the Alliance of American Football last spring, caught two passes for 52 yards and one touchdown in his XFL debut for the Defenders.

The Seattle Dragons are led by former Redskins coach Jim Zorn. Zorn, who was 12-20 in his two seasons leading the Redskins, had no qualms about coming back to the District of Columbia.

"No emotions about coming back to D.C., although nice job by the XFL making that happen," Zorn said after the game. "I really enjoyed it here. It's very familiar. I actually enjoyed it because of the familiarity of being here."

"You had a good sense, based on the energy in the stadium, that we all love football," Defenders Coach Pep Hamilton said. ". . . D.C. is a great sports town. The energy was great."

Jones found Ross for a 31-yard touchdown late in the third quarter to put DC up, 25-19, and putting a charge into the Buzzard Point crowd. 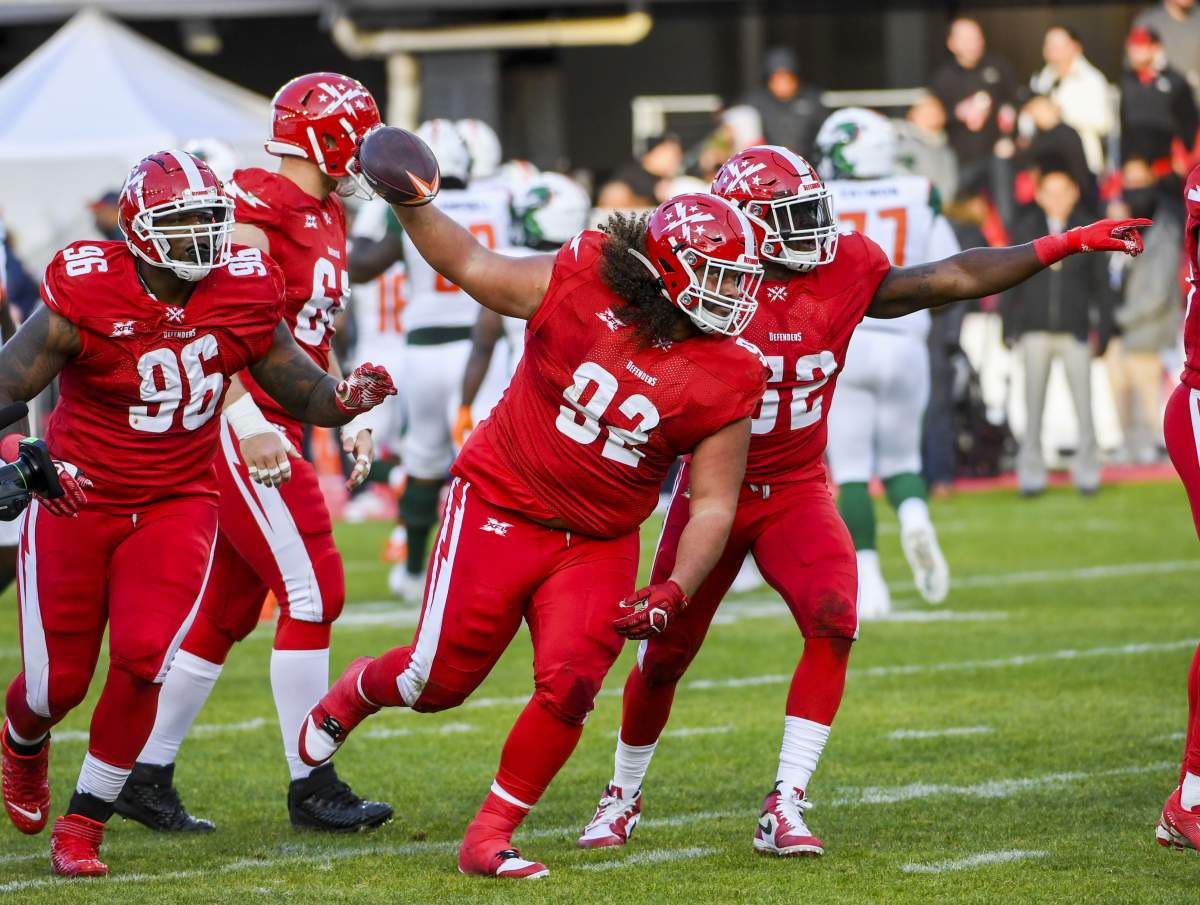 "I thought [the environment] was awesome," Dragons quarterback Brandon Silvers said. "It's a soccer stadium but it looked damn good as a football stadium. They definitely got a nice home crowd."

Defensive back Bradley Sylve bumped the Defenders' lead to 31-19 with a 69-yard interception return, giving DC touchdowns on offense, defense and special teams.

Dragons wide receiver Keenan Reynolds, the former Navy signal caller who set the NCAA Division I record for touchdowns from scrimmage (88) and rushing yards by a quarterback (4,559), returned four kickoffs for 82 yards.

The Defenders led off the scoring with a 34-yard field goal from Ty Rausa . The Dragons answered with the first touchdown of XFL 2.0, a 14-yard catch from Austin Proehl, the son of longtime NFL receiver Ricky Proehl. Seattle attempted a one-point conversion from the 2-yard line but the pass was intercepted.

DC retook the lead with 6:56 left in the second quarter after defensive back Elijah Campbell blocked a punt that was recovered in the end zone by linebacker Jonathan Celestin. The Defenders' two-point conversion attempt from the 5-yard line was unsuccessful.

Trey Williams scored in the final minute of the first half to give the Dragons a 13-9 lead before Rausa drilled a 54-yard field goal to close the half at 13-12.

The Defenders opened up the second half with a flea flicker that resulted in a 39-yard touchdown to former Bowie State tight end Khari Lee. A 2-yard extra-point run by Donnel Pumphrey gave the Defenders a 19-13 lead.

Proehl then pulled in a 57-yard touchdown reception to knot the game at 19.

McMahon's son and WWE minority owner Shane McMahon was in attendance at Audi Field for the first game of the new XFL.

"It's totally different," Shane McMahon said. "There's zero comparison on that. This is starting over, starting fresh. First game. [I] wanted to be here, experience it, feel it for myself, feel the energy of the crowd. That's why I'm sitting here today."

The Defenders host the New York Guardians next Saturday at 2 p.m. on ABC.