She staged a sweet revenge over the left-handed Marin, the only female player to win three World titles in 2014, 2015 and 2018.

The in-form Thai lost all five previous matches to the Spaniard before their Sunday's showdown.

Pornpawee won US$12,750 for the winner’s prize money. Previously the Thai was in her first Tour final in the Super 300 Thailand Masters in 2018 but lost to countrywoman Nitchaon Jindapol 21-11 21-18. 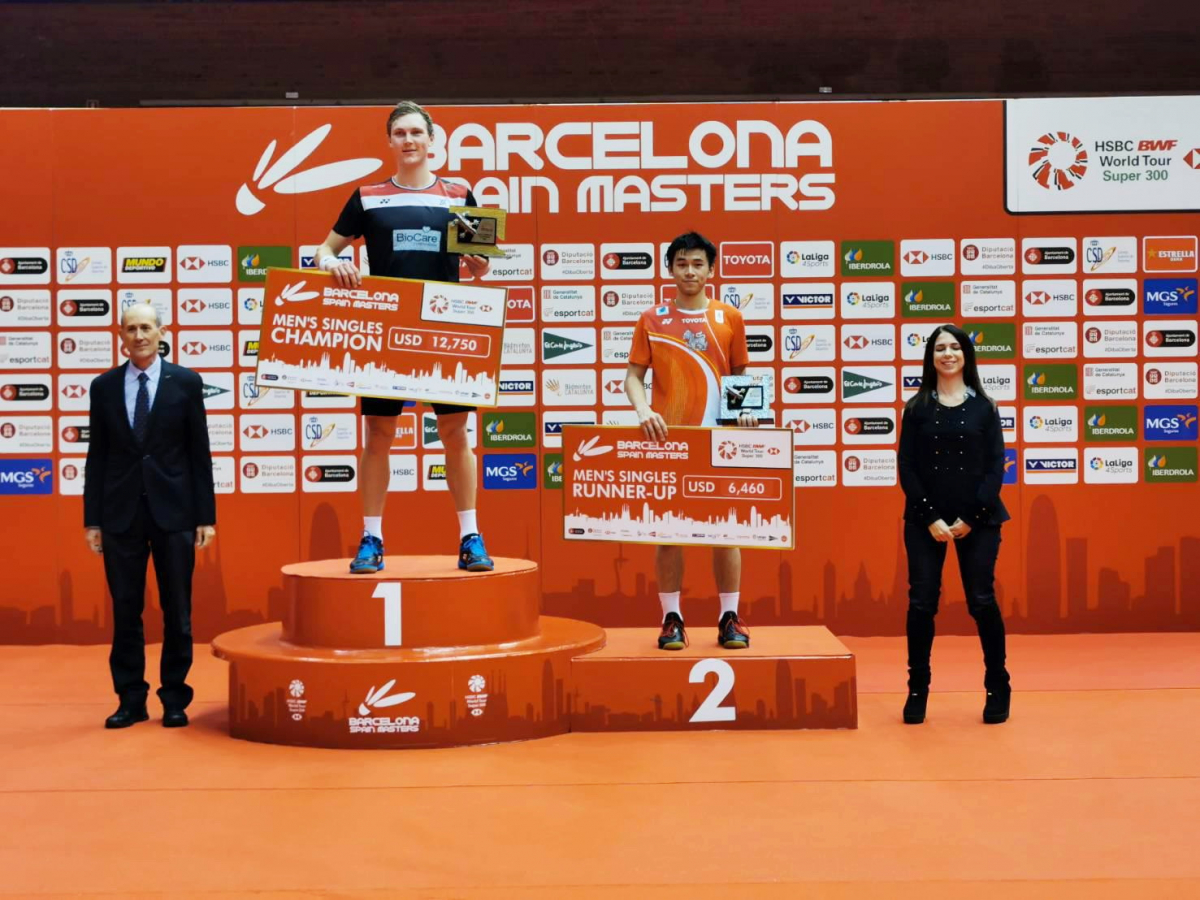 However, in the men’s singles final former World junior champion Kunlavut Vitidsarn was given a lesson by former world No 1 Viktor Axelsen of Denmark 21-16 21-13.