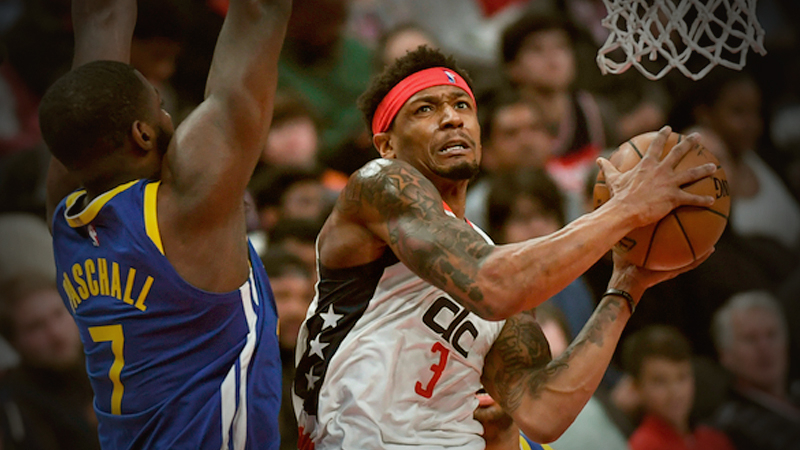 CHICAGO - When Washington Wizards guard Bradley Beal finally walked off the court Sunday night, he didn't look like a man who had reached a milestone.

He pulled a towel over his face and kept it there before covering his legs, which had motored around United Center for 39 hard minutes. Beal had returned to the sideline with 53 points, a new career high, and yet he was the last player glued to the bench long after the buzzer. The expression on his face said it all - the big scoring night didn't matter as much as his team's 126-117 loss to the Chicago Bulls.

In two games after the all-star break, the Wizards (20-35) have lost all signs of their previous momentum. On Friday night, they lost to the Cleveland Cavaliers, the team with the worst record in the Eastern Conference. On Sunday, they trailed by as many as 25 points against the Bulls, who had been heading in that direction.

The Bulls - with their injuries, youth and signs of disunity boiling over before they played the Wizards on the second night of a back-to-back - should have afforded Washington an opportunity to bounce back from the Cleveland loss. Instead, a team that entered with the fourth-lowest scoring average in the NBA went for 73 points in the first half. LaVine was able to channel any lingering anger by scoring freely: During a stretch in the second quarter, he scored nine points in less than two minutes and finished with 32 points. And a rookie fresh off a career high needed less than 24 hours to match his big scoring total and do LaVine one better.

"Once he gets going," Brooks said of White, "he's hard to stop."

When White entered the game near the midpoint of the first quarter, the Bulls trailed 15-11. The Bulls had flipped the deficit into a four-point advantage by the end of the quarter, and the credit belonged to White - and the Wizards' defense.

On his first play after checking in, White, despite his size disadvantage at 183 pounds, beat Beal and fellow rookie Rui Hachimura to a rebound and zoomed downcourt for a coast-to-coast layup. On the final possession of the quarter, White fooled Troy Brown Jr. with a change of speed. Brown backed away, trying to defend against a drive to the rim, but White slowed down so that he could pull up for a wide-open three in the quarter's closing seconds.

Washington's inability to guard the three-point arc continued throughout the first half, and Chicago made 12 of 22 (54.5%) from long distance. White had caused so much trouble with his 16-point outburst in the first quarter that he began to see additional defenders in the second. So within the final two minutes of the half when White skated around Ish Smith, the Wizards shifted toward him but abandoned Ryan Arcidiacono open beyond the left wing.

Then, following White's pass out, LaVine turned into the facilitator and with the same game plan (dribbling inside, drawing the defense and finding the open teammate) he hit White in the corner to expose Washington with another three-pointer.

In the third quarter, the Bulls opened an 83-58 lead. When the Wizards called timeout, players returned to the sideline, sullen and speechless. Beal leaned back in his padded folding chair and stared across the court. However, the Wizards didn't stay down for long. Beal refused to rest in the fourth quarter - leaving his sideline seat with 10:09 remaining - and his 21 points helped Washington cut into the lead.

On Beal's three-point play, the Wizards came within 110-103 with 6:38 left in the game. The rally abruptly ended, however, as Chicago poured in more threes and dunks and the Wizards lost another chance to build off their work before the all-star break.

After Sunday night, the games do not get easier as Washington will face three consecutive opponents currently in the playoff race (Milwaukee, Brooklyn and Utah).