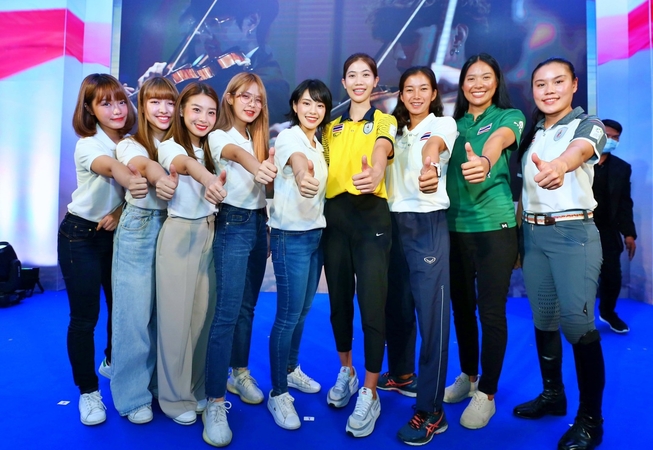 The Ministry of Tourism and Sports and Sports Authority of Thailand (SAT) have joined hands with the Office of the National Broadcasting and Telecommunications Commission (NBTC), the National Olympic Committee of Thailand (NOCT), the International Olympic Committee (IOC) and the private sector to organise “Road to Tokyo 2020” to broadcast the Olympic Games live from Tokyo. Thai fans can also send their moral support to athletes at the Olympic Games and Paralympic Games. 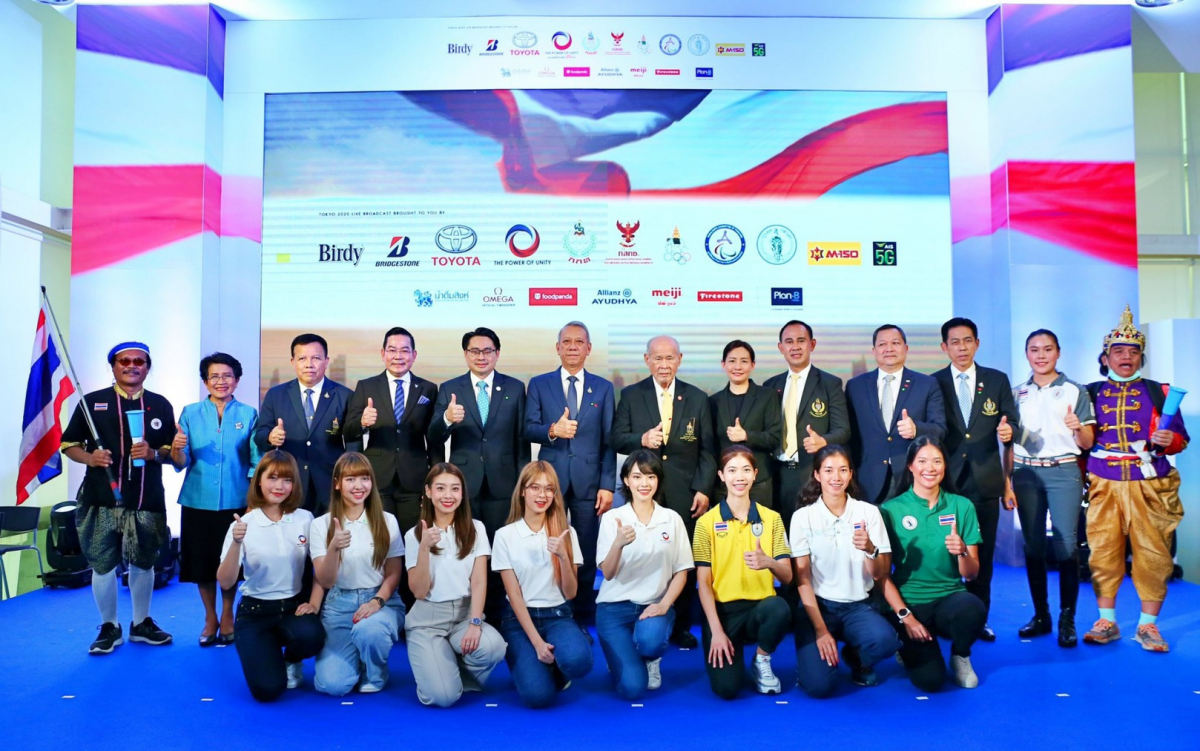 NBTC, AIS and Plan B will broadcast the Games live on all platforms.

The “Power of Unity” project will broadcast the Olympic Games live from Tokyo through online channel. The press conference also showed the preparedness of Thai athletes to participate in the Tokyo Games, which will be held from July 24 to August 9, and Paralympic Games from August 25 to September 6.

Phiphat stated that his ministry is committed to supporting Thai athletes to be able to compete in the international arena particularly the Olympic Games. An athlete participating in the Games will not only build a reputation and good image for Thailand, but also encourage the public, especially younger people, to exercise more. Good health of Thai people will lead to lower cost of public health and unite people in the country.

Regarding the Covid-19 outbreak, the NOCT said it has watched closely the movement of the virus and continuously worked with the IOC and WHO on preparedness of Thai athletes for the Games.

Meanwhile, the host country has a high standard of protective measures, including screenings at each competition venue, hotel, and accommodation for the athletes. Thai athletes have been encouraged to determine and focus on practising. If an athlete has to participate in any international competition, he or she will be instructed to strictly follow the guidelines of the host country, for their own safety and that of their colleagues.

Dr Kongsak said the role of the SAT is to support the preparedness and improve the capability of the athletes from the beginning of the practice until the time of the competition. "We’ve collaborated with the NBTC and the private sector to acquire the rights to broadcast the Olympic Games in Thailand for Thai fans to cheer on their representatives in all channels. This will be the first time Thai fans can see all 33 sports as well as the opening and closing ceremonies to be broadcast live through HDTV in digital TV system, T-Sport Channel and out-of-home digital media."

Regarding concerns over the Covid-19 outbreak, the SAT has stepped up safety measures for Thai athletes and personnel who will be participating at the Games. "Apart from the high-standard safety measures provided by Japan, the host country, we’ve also worked with partners to find the best solution. Health insurance for Covid-19 has also been arramged for each participant." 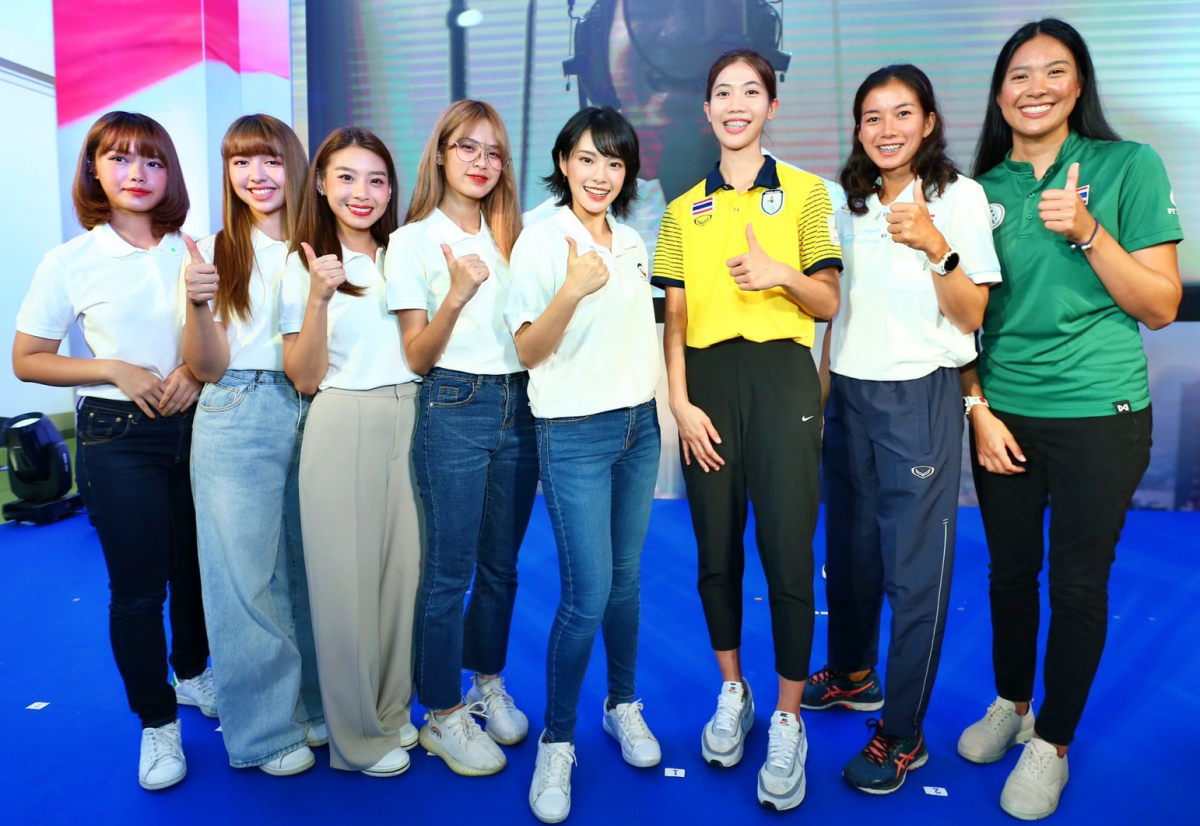 The SAT has collaborated with Toyota to create activities under “Power of Unity” concept to send moral support to Thai athletes. The activities will include:

• Thai National Flag Run: An opportunity for Thai fans throughout the country to send their moral support via the national flag that will be run through the whole country and be present at the Games.

• Virtual Run: An opportunity for every fan to be able to send his or her moral support to the Thai athletes.

• A song “Power of Unity” has been composed by leading artists, to send moral support to Thai athletes.

• Live broadcast of the opening and closing ceremonies of the Olympic Games will be held in “Tokyo 2020: Ready to Watch Live Experience Park" from July 24 to 26.

Assistant Prof Pakdee Manaves, deputy secretary-general of broadcasting at NBTC, said the NBTC has always supported any broadcast of international sports in which Thai athletes took part. The Olympic Games is one of the seven “must haves” to be broadcast on free TV or digital TV. "Based on our 'must have' regulation, the NBTC is pleased to collaborate with SAT to broadcast the Games live for Thai audiences to watch every sport through 12 channels including satellite TV and online channel such as AIS PLAY. This will also be the first time for Thais will be able to watch the opening and closing ceremonies through digital out of home from Plan B. This means you will never miss a game of the Olympics no matter where you are".

Maj-General Charouck Arirachakaran, vice president and secretary-general of the NOCT, said the oresident of the IOC is still positive that the Tokyo Olympics will be organised as planned and believes the opening ceremony on July 24 will be a success.

Despite concerns over Covid-19 outbreak, the IOC has worked closely with the organiser, Japan, as well as the WHO and the committee of China and other participating countries. This is to build safety measures for participating athletes and staff from every country.

Thai athletes participating in the Games are fully prepared, from the screening process. The SAT has provided knowledge and science relating to sports to Thai athletes. To maintain safety measures, every athlete is required to strictly follow WHO guidelines regarding Covid-19. Currently, there are 14 Thai athletes approved to participate in the Games and many more are awaiting the results of qualifying rounds. The NOCT hopes the Thai athletes will receive moral support from Thai fans, to win the medals at the Tokyo 2020 Olympics.