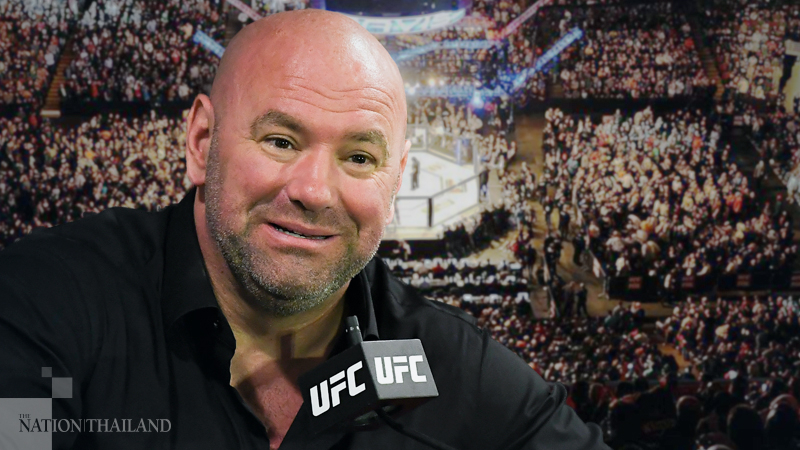 Virtually every other professional sports organization has suspended events because of the coronavirus outbreak, but UFC President Dana White vowed Saturday that the mixed martial arts fights will go on, although finding sites is problematic.

"Unless there's a total shutdown of the country, where people can't leave their houses and things like that, these fights will happen," White told ESPN Saturday. "We're gonna move on. These fights will happen. These guys will compete. We will find venues, and we will figure this thing out. I mean, the only thing that's gonna stop us is a complete government shutdown, where everybody is confined to their homes."

While the NBA, NHL, NCAA, PGA, NASCAR, MLB and Bellator MMA have suspended events and most people are practicing social distancing in an effort to slow the virus's progress through the population, White said that events on March 28 and April 11 will take place, as will all the rest of the UFC schedule. Those bouts were moved from Columbus, Ohio, to Portland, Oregon, to Las Vegas, where UFC's own Apex facility is located.

He planned to move Saturday's UFC Fight Night 170, which features a welterweight fight between Tyron Woodley and Leon Edwards, from London to a venue in the United States, but that was placed on hold Sunday morning. White's plans hit a snag Saturday, when the Nevada State Athletic Commission suspended all combat sports events in the state, pending its next meeting March 25. Further complicating matters is a travel restriction issued Saturday by President Donald Trump.

"Obviously, things are changing by the hour," White said. " ... (T)hey announced new travel restrictions for the U.K., so (the March 21 event) can't continue in London. But the fight will go on. We're working on finding a new venue, likely in the United States, and I have my matchmakers literally working right now to put together the undercard.

"As of now, fights can't happen at the Apex here in Las Vegas. So, we're working to find new locations, but the fights will go on; they will continue. We're not stopping."

UFC 249 is the next big pay-per-view event, featuring the lightweight title fight between Khabib Nurmagomedov and Tony Ferguson, and it's set for April 18 in Brooklyn. However New York's state of emergency order bans all gathers of more than 500 people.

"So, we had possibly a couple different venues for that fight, including Nevada," White said. "So, now the whole Nevada thing went down, so we're looking for another venue. I hope by (Sunday morning), I should have two venue options for that fight. That fight will happen. It will go on. The fans are all freaking out about that, do not worry. Khabib versus Tony will happen."

Nurmagomedov is planning for the event to go on somewhere on schedule. "I don't understand what is going on outside the gym," he wrote on Instagram. "I am in the gym and I am working hard. What will happen next no one knows."

In a UFC event Saturday night in Brasilia, lightweight Charles Oliveira submitted Kevin Lee via guillotine in the third round. White's decision to continue fights came last week as other leagues were shutting down for a while and after he conferred with President Trump and Vice President Pence.

"I talked to the president and vice president of the United States today about this and they're taking this very serious and they're saying, 'be cautious and be careful but live your life and stop panicking,'" White told ESPN last Thursday.