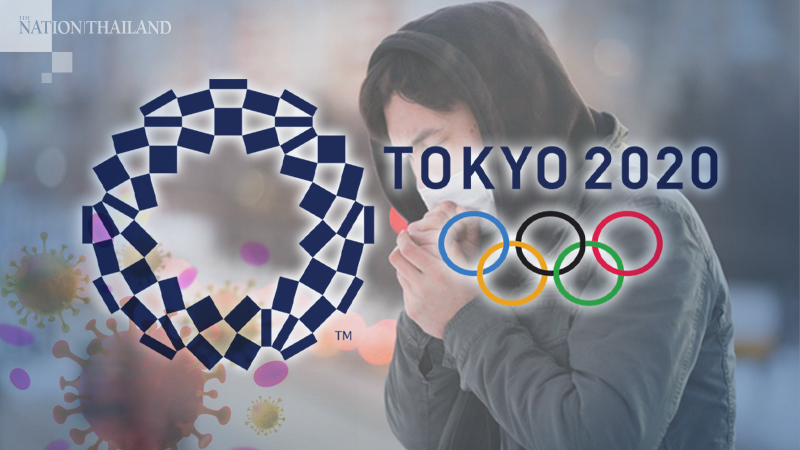 USA Track & Field called on the United States Olympic and Paralympic Committee to push for postponing the 2020 Tokyo Olympics, adding to the growing momentum to delay the Games. With the request, USATF became the second American sports governing body in two days to pressure Olympic officials into halting the Games amid the global coronavirus pandemic.

In an email dated Friday, which track's governing body made public Saturday morning, USATF chief executive officer Max Siegel told U.S. Olympic head Sarah Hirshland that USATF is "respectfully requesting" the USOPC to advocate to the International Olympic Committee for the Tokyo Games to be postponed. The U.S. Olympic and Paralymic Committee said Friday it did not have to make a decision now, because the Olympics start in four months

But athletes must follow a strict regimen to prepare for the Games, and leaders in individual sports have expressed concern. Siegel's email focused on concerns about the welfare of athletes, who have been told by the IOC to continue training as if the Games will go on as scheduled, despite massive health risks and widespread government restrictions.

USATF joined USA Swimming in asking for the postponement, meaning the country's two biggest sports federations are standing against the IOC's insistence the Games will go on as scheduled. On Friday, USA Swimming sent a similar memo to the USOPC, and coaches explained that swimmers were unable to find places to train, adding another layer of stress as they cope with how the coronavirus has affected every facet of daily life.

"We acknowledge that there are no perfect answers, and that this is a very complex and difficult decision, but this position at least provides our athletes with the comfort of knowing that they will have adequate time to properly prepare themselves physically, mentally and emotionally to be able to participate in a safe and successful Olympic Games, and that they can shift their focus toward taking care of themselves and their families," Siegel wrote to Hirshland. "We urge the USOPC, as a leader within the Olympic Movement, to use its voice and speak up for the athletes."

The USOPC appeared unmoved Friday evening after USA Swimming's statement was released. In a statement, the USOPC said the IOC believes it is "premature" to make a decision regarding the Tokyo Olympics and that it wanted to "afford them the opportunity" to gather more information before insisting the IOC makes a call.

"We have also heard from athletes that they want . . . to ensure that we aren't prematurely taking away any athletes' opportunity to compete in the Olympic and Paralympic Games until we have better clarity," the USOPC's statement read.

Olympic hurdler Lolo Jones, who is training in Louisiana, said the USATF's stance "brings you some sense of peace and relief." She hopes the pressure will mount on the IOC so athletes can be relieved of stress. She said her races have all been canceled, and she can't find gyms or college tracks to train at because they have all been closed. Meanwhile, members of her family have lost their jobs and fallen into financial distress.

"Just because we're Olympians doesn't mean we're immune to this disease," Jones said. "Every time we're going out in public and trying to find gyms and places to train, I'm like, 'Really?' The government is telling us to stay in our house, to self-quarantine, but we can't because the IOC is being adamant the Olympics are going to go on. Every time I saw a statement from the IOC saying, hey, 'The Olympics will go on,' and my world around me is being so ripped up.' It feels like the house is on fire and the IOC is saying, 'Don't worry, it'll be fine. Stay right inside your house.' "

While runners, jumpers and throwers face fewer obstacles in finding open places to train than swimmers, health concerns and restrictions have affected their training as well.

"Everybody in the world is having issues with training facilities," said one prominent track and field coach, who requested anonymity to speak candidly about a sensitive issue. "All schools and universities are shut down. If that's the case, most people are out of luck, because almost everybody trains at colleges and universities. You can look at Instagram - [U.S. world champion] Grant Holloway is doing hurdles in a grass field out in front of his house. That's the case in the whole world."

The Washington Post's Rick Maese contributed to this report.