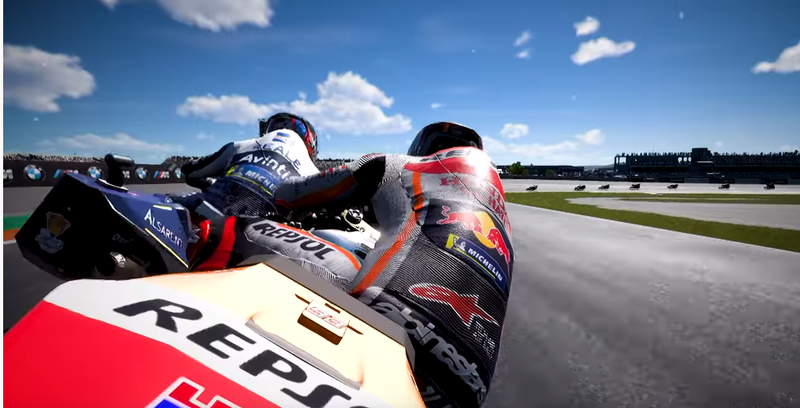 MotoGP™ recently announced a rather special event: a Virtual Race. Pitching the likes of Marc Marquez (Repsol Honda Team) and Maverick Viñales (Monster Energy Yamaha MotoGP) against both each other and a good few more famous faces from the MotoGP™ grid, the six-lap event around Mugello will be broadcast on Sunday the 29th of March at 15:00 (GMT +2) and is NOT to be missed.

After this first ever Virtual Race was announced on Wednesday, the feedback from the MotoGP™ community, fans, partners and more has showed an incredible, unprecedented level of interest in the concept, with giants of sports broadcasting set to bring the event to audiences around the world. Dorna Sports can therefore announce another showdown as we await the return of MotoGP™ track action, giving fans some more competition to look forward to: Virtual Race 2.

Another chance for fans to see what many of the premier class riders have in their virtual locker, this second Virtual Race will take place on Sunday the 12th of April, with some competitors returning and some fresh faces from the likes of the Ducati Team and Red Bull KTM Factory Racing also slated to take part. So save the date, and make sure to watch Race 1 to get a first glimpse of how fast – or furious – it gets when MotoGP™ goes virtual!

Between the two events, there’s more exciting eSport action to look forward to as well. The third – and final – Online Challenge for the 2020 MotoGP™ eSport Championship starts soon, taking place from the 2nd to the 5th of April. The details – the track, rider, conditions and more – will be unveiled next week, and there’s lots on the line as it’s the last chance players have this season to move through and book their place in the Global Series. To see the standings after Challenge 2 and find out more, head to esport.motogp.com!

Get ready for that, and tune in on Sunday at 15:00 (GMT+2) to see who will emerge on top in Virtual Race 1 – laying down the gauntlet ahead of the second race.