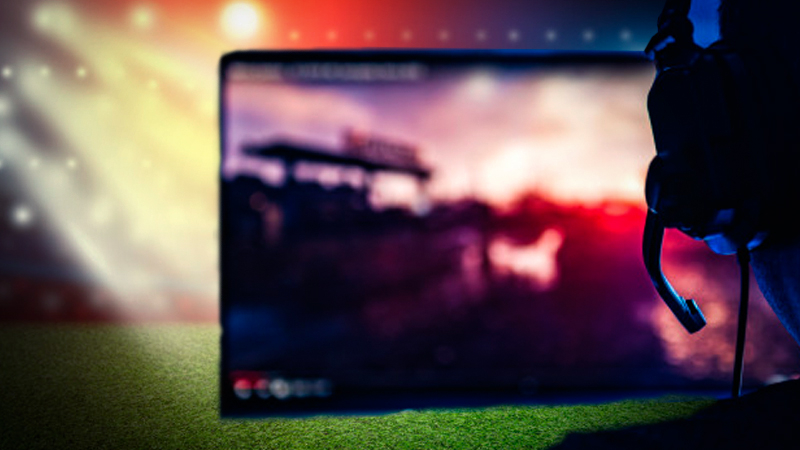 By its own metrics, Super League Gaming has thrived in the conditions created by the pandemic. Across key indicators - including registered users and engagement hours - the company, which runs a platform for organizing amateur esports tournaments, was performing remarkably well. "Gaming has proven itself to be fairly recession-proof," pronounced Ann Hand, the company's CEO, in a March 12 earnings call.

And yet, on May 4, Super League Gaming received a $1,200,047 loan through the Paycheck Protection Program (PPP) enacted by Congress. Another company, Allied Esports, also received an aggregate loan of $907,129 through two subsidiaries in May. Allied Esports owns and operates a numbers of venues focused on esports and poker - most notably the pyramidic HyperX Esports Arena in Las Vegas, which used to host regular events that have since been canceled. The loans were first flagged by government watchdog group Accountable.US, which has been tracking which corporations have taken taxpayer money.

The loan applications, though not fraudulent or strictly illegal in any apparent way, run counter to the prevailing narrative around esports. Much of the public-facing commentary around the pandemic from esports companies has highlighted the sector's resilience in the face of the public health crisis, and pointed to a surge in online engagement as a sign of the industry's success. But regardless of the loans' ultimate propriety, the story around them highlights flaws in the government's administration of the PPP loan program - and raises questions about solvency and stability of the nascent esports sector.

An underlying issue bedeviling the disbursement of PPP loans has been the release of ambiguous and seemingly-contradictory rules from the Small Business Administration and the Treasury about what companies are eligible to receive the funds. Since the Cares Act was passed by Congress, the Treasury has issued over 40 pieces of additional guidance, resulting in an environment of uncertainty for borrowers and lenders.

On April 23, the Treasury published an additional instruction that read, in part: "It is unlikely that a public company with substantial market value and access to capital markets will be able to make the required certification in good faith." Both Super League Gaming and Allied Esports are publicly traded. However, whether a company has "substantial market value" and "adequate sources of liquidity," another qualification in the document, is open to interpretation. The instruction does not expressly forbid publicly traded companies from pursuing PPP loans.

An earlier piece of guidance from the Treasury states that "borrowers and lenders may rely on the laws, rules, and guidance available at the time of the relevant application." Neither Super League nor Allied answered questions from The Post regarding when they submitted their loan applications, nor whether the release of the April 23 guidance regarding public companies impacted their decision to apply.

The Treasury has issued safe harbor deadlines - dates by which companies can return the loans, no questions asked. Thus far, the deadline has been repeatedly pushed back and now stands as May 18.

Adding to the confusion, on May 14 the Treasury released further instruction, clarifying that it would assume all applications for loans under $2 million were made in good faith, to dedicate enforcement resources primarily to loans above that mark. Both Super League Gaming and Allied Esports have received loans under this mark, which does not exempt them from government audit, but suggests a decreased likelihood that they will face institutional scrutiny.

The result of the back-and-forth on guidance has been a lack of clarity. The work of determining the propriety of the loans has fallen largely to companies themselves, as well as to media and the public.

"What has gone on here is that in these subsequent Treasury regulations, as they have been sequenced out, and as they have been effected by criticism - public criticism and media criticism - the rules of interpretation have tightened as to who is effectively worthy of receiving the money and who isn't," said Christopher Davis, partner at Kleinberg Kaplan. "That's not purely a legal determination."

At one point, for example, hedge funds could apply for PPP loans. After public outcry, hedge funds were expressly excluded from the program. The myriad changes, regardless of their intent or ultimate effect, have forced companies to second-guess their applications for and acceptance of these loans.

"I could put the money to the use Congress plainly intended. But am I going to get in trouble later?" said Davis, articulating the thought process of a hypothetical loan applicant. "I think the fly in this entire ointment, that ultimately may be a tremendous disservice to the goal that Congress had is, yes, it's all being second guessed after the fact and the rules keep changing."

In April, Treasury Secretary Steven Mnuchin made clear in an interview on the Fox Business Network that the loans were specific to coronavirus relief, and not meant to paper over longer-standing financial problems. "It's very clear that anything that Congress does is not going to have a bailout of pre-coronavirus issues," Mnuchin said.

In light of this, the propriety of Allied and Super League applying for and receiving the loans is a virtual Rorschach test, separating esports believers and skeptics. Both companies have operated with losses in the multiple millions , both during and before the pandemic. "We have experienced net losses and negative cash flows from operations since our inception," reads a recent quarterly filing from Super League. That same filing shows revenue of $243,000 for the first three months of 2020 (a figure which is comparable to revenue for the same period in 2019), against operating expenses of $5,274,000.

The prevailing wisdom that esports will be a beneficiary of covid-19 assumes that engagement and even audience growth and retention translates cleanly into revenue. So far, it is not clear that is the case. Recent filings from both companies include language regarding "substantial doubt about the Company's ability to continue as a going concern." The text itself is standard legalese, a determination issued by independent private auditors who assess the company's financial statements, as required by law. The meaning, however, conveys the independent auditor's view that the company may not have the resources to remain viable.

Despite these underlying issues, the pandemic could stand to deal a genuine blow to the companies' bottom lines. In the first three months of 2020, Allied Esports reported 38 percent of its revenue coming from in-person events.

"One question people would ask is 'If I didn't take this money, would I lay off workers?'" said Lucano. "If you're answering that kind of a question with 'Yes,' you have a very good argument that you've made this certification in good faith."

In 2019, both companies compensated executives with total sums that exceeded the amounts received through the PPP loans. Three top executives at Super League Gaming received a combined $1,455,000 in compensation in 2019. In that same year, four top executives at Allied Esports saw a total compensation of $3,793,766, including a bonus in excess of $1.7 million to a president and director at the company. Over the past few months, a number of executives at major public companies, including Boeing and Columbia Sportswear, have committed to forego or dramatically cut their salaries in response to the crisis. Both Allied Esports and Super League Gaming declined to comment on potential cost-saving measures, including cuts to executive compensation.

Neither Allied Esports nor Super League Gaming answered questions from The Post about whether they had laid off employees due to the pandemic. "Allied Esports' top priorities are the well-being of its employees and operational perseverance until normalcy returns," read a statement sent to The Post by a spokesperson. "All financial support received through these loans has been and will continue to be applied to those efforts."

In its most recent quarterly SEC filing, Allied signaled its intent to seek loan forgiveness, meaning that it would likely use at least 75 percent of their loan to cover payroll costs and other expenses, including rent and utility costs - the qualification for loan forgiveness. In its own filing, Super League stated that its PPP loan would "help us to continue operations without salary reductions, layoffs or furloughs."

"The wonderful thing about the PPP program . . . is if you fell within all the proper guidelines, the loan miraculously could be turned into, effectively, a government grant," said Davis. "So if you were straight down the middle of the fairway, it wasn't a loan at all, to a large extent. It became free money from the government that you never had to pay back. That's a huge incentive. That doesn't happen every day."